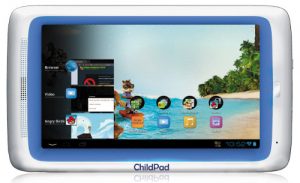 Archos is one of the more prolific tablet makers and they just announced a new tablet made specifically for kids called the Archos Arnova ChildPad. Unlike some of the overpriced children’s tablets of the past, the Archos ChildPad’s retail price is $129 on Amazon, which given the specs is about on par with similar tablets.