There have been several new games added to the Kindle recently, some free and some paid, that are pretty fun. This post lists ten of the most popular Kindle games and puzzles, and this second page lists several more. It turns out that there are a lot more Kindle games and crosswords than I thought. 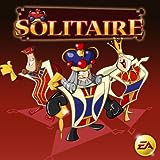 This version of Solitaire comes with handy features such as a “Tutorial Mode” that will get you started on the different game play variants, optional in-game “Tips” as well as an “Auto-Move” feature that will help you out when you’re stuck and don’t know what to do next. For the Klondike game, there is even a “Vegas” mode to track your winnings in (virtual) dollars.

Enjoy the card game you know and love on Kindle. 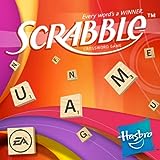 With SCRABBLE for Kindle play the game you know and love – anytime, anywhere.

Simple controls make it easy to play any way you want, whether you’re a casual or experienced SCRABBLE player. Pass N’ Play with a friend, challenge the Kindle, or play a solo game. If you need help, use the Best Word feature to create the highest scoring word possible. You can even pause the game anytime and pick it up later.

Follow your progress game by game with instant statistics tracking. As your game-play and strategy improves, you’ll find more ways to rack up double and triple word scores.

Enjoy the number one name in crossword games, and sharpen your vocabulary in a fun new way. 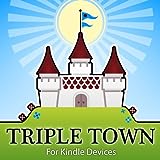 Triple Town is an original strategy game in which you try to grow the greatest possible city. The larger the city you build, the more points you score. You build your city by matching three or more game-pieces: combine three grasses to make a flower, three flowers to make a bush, three bushes to make a tree… until you’ve filled the board with houses, cathedrals and castles. Along the way, you’ll have to outwit evil barbarians and wizards who will try to block your progress.

This is a game that can be played for minutes or hours at a time. You’ll have to think several turns ahead if you want to avoid inevitable gridlock as unfinished buildings, barbarians and wizards start to pile up. And sometimes, if you’re lucky, you’ll be helped along by a magical crystal (which combines with anything) or a powerful bomb (which wipes nuisances off the board). But luck won’t save you forever!

How large can you grow your dream city before the board fills and the game ends?

Every Word (A Free Game for Kindle) by Amazon Digital Services 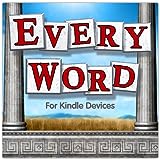 If you like word scrambles then Every Word is the game for you. Test your vocabulary as you try to find as many words from the scrambled letters in this fun and fast-paced word game.

You are given six or seven scrambled letters with the goal of finding as many words as you can. You score points by filling out the words in each empty spot on the board using only the letters that appear at the top of the game board. Keep at it until time runs out or until you fill up the board. The more words you make, the higher your score!

Your score is comprised of two components: first make a lot of words, second try to make the longest word possible. The best way to increase your score is to do both. Why? Because when you do, you earn the right to play a new level with a brand new set of letters. As long as you keep finding the longest word, you can move on to a new level and push your score higher and higher. 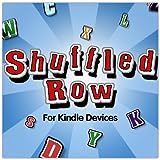 Can you keep up with Shuffled Row? See how many words you can make from 60 lettered tiles.

The tiles are added to your row one at a time so you’ll constantly be working with a new set of letters. After you submit a word, the letters you used will be removed and new ones will be added. Increase your score by using less common letters. Create longer words and increase your score even more.

If you don’t use the letters fast enough, they’ll disappear and new ones will take their place, so you’ll have to decide if you want to play it safe and use short words or try to wait for more letters to form longer words.

Test your vocabulary and how well you can think on your feet with Shuffled Row – try it today!

Mine Sweeper (A Free Game for Kindle) by Amazon Digital Services 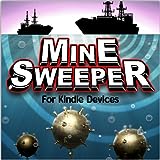 Do you enjoy puzzle games? With Mine Sweeper you must use your deductive powers in a race against time to quickly clear a minefield.

The objective of Mine Sweeper is to find all of the mines that are hidden on the game grid. When you uncover a location on the grid, the number of mines adjacent to that location is revealed. The game ends when you have successfully identified all the mines and uncovered all the unoccupied locations – or, when you inadvertently uncover a location that contains a mine. The clock is ticking, so challenge yourself to go faster and faster with each game.

The Kindle version of Mine Sweeper contains 3 different grid sizes for various levels of difficulty and thousands of different puzzles for almost endless variety. If you are new to Mine Sweeper, turning on “Tips” will provide helpful hints to get you started.

Exercise and challenge your deductive powers with Mine Sweeper.

The objective of a Sudoku game is to fill a 9×9 grid so that the numbers 1 through 9 occur exactly once in each row, column, and 3×3 box.

With Mobi Sudoku you can:

Word Morph Volume 1: transform the starting word one letter at a time until you spell the ending word (Word Puzzles Optimized for Kindle) Leonid Braginsky

Each puzzle comes with one to three solutions. For most solutions a hint is available.

The puzzles are divided into several difficulty levels, from Novice to Expert, based on the length of the solution.

The Towers of Hanoi Puzzle by Edouard Lucas

This is a interactive puzzle, not a book. You complete the puzzle by choosing steps towards the solution. The puzzle was invented by the French mathematician Edouard Lucas in 1883. This version was specifically designed for the Kindle. Have fun!

“Remove-A-Pair Solitaire” is a variation of a solitaire game that you can play on your Kindle!
The rules of the game are loosely based on the card game that was popular in mid-19th century Russia.

No browser or wireless connection is needed! Even if your Kindle doesn’t have a browser, you can still enjoy this game! You can play anywhere: subway, airplane, tunnels, mountains… Use Kindle’s joystick to select matching pairs and remove the cards.