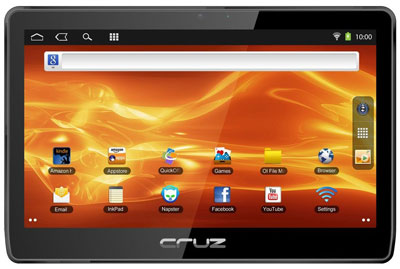 They have capacitive touchscreens and are running Android 2.3 Gingerbread, and all come pre-installed with the Kindle for Android app, along with the Amazon Appstore for downloading apps (except the PS127, that is).

Velocity Micro jumped on the budget Android tablet/ereader bandwagon when these types of devices first started becoming popular. Their early models weren’t very good—they suffered from app incompatibility issues, crappy touchscreens, and horrible customer support. Velocity Micro’s second round of devices weren’t much better, but at least they had better capacitive touchscreens (here’s my review of the Cruz Reader T301).

Now enters the 3rd round of Android devices from Velocity Micro. Let’s start with the big guns first and work down to the 7 inchers. 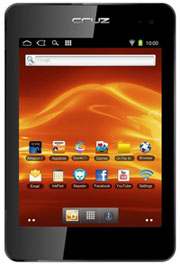 The specs and features for the T408 tablet are exactly the same as the 10-inch model listed above. The only difference is the screen size and price.

It would have been nice if they would have upped the resolution on this model a little more instead of going with the same as the 7-inch tablets. Otherwise it has fairly decent specs for the price. 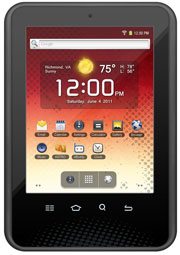 This 7″ PS47 model isn’t yet listed on the Cruz website and Amazon’s listing doesn’t give a ton of details, but for the most part it appears to have the exact same specs as the 8″ model, even the resolution is the same (800 x 600). One difference, Bluetooth is listed in the product description and not in any of the other devices’ descriptions. This one sells for $199.

Judging from the picture, the PS47 has an unusually large area below the screen, with what appear to be Android buttons, probably not actually buttons but sensors since the capacitive screen would cover the entire front. 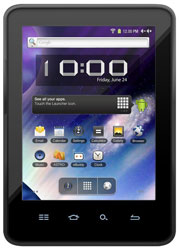 This model isn’t yet listed on the Cruz website either, so the details are sketchy. According to the description at Amazon, it has a 7″ resistive touchscreen with a 800 x 600 ratio. It too runs Android 2.3 Gingerbread.

This model is going by the old moniker, “Cruz Reader”, while the others are being marketed as “Cruz Tablets”, even though all come with the Kindle Reading app and the same operating system. This one, however, mentions nothing of the Amazon Appstore coming pre-installed in the product description—not a good sign. I wouldn’t count on it having the same 1GHz Cortex A8 processor as the other tablets either. The Cruz PS127 is listed at $169.