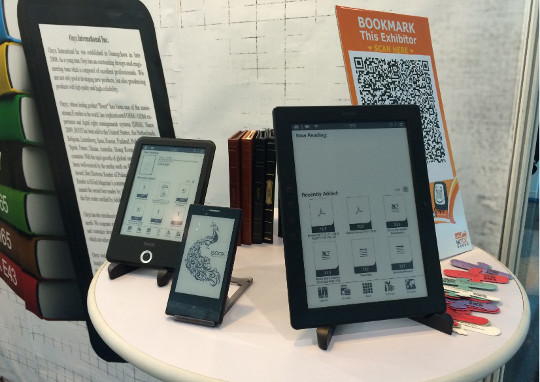 Charbax over at ArmDevices has posted a YouTube video filmed at the Hong Kong Electronics Fair showing a couple of upcoming Android-powered ebook readers from Onyx, the Boox T68 and M96.

The T68 also includes a frontlight, microSD card slot, and Wi-Fi. It has everything it needs to be one of the best ebook readers ever, if it can deliver. I hope to get my hands on one to review later this year. The representative in the video says that the T68 will go into mass production in the middle of June.

Onyx also has a 9.7″ E Ink ebook reader that runs Android called the Boox M96. The screen resolution is 1200 x 825. This model doesn’t have a frontlight and it uses a digitizer touchscreen instead of capacitive.

The video doesn’t show either device in action very much, but it does show the full list of specs: