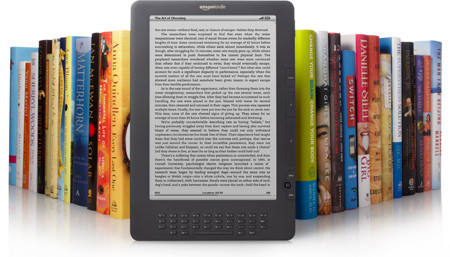 I came across an interesting deal at Amazon today. As mentioned earlier in the week, a number of Kindle ereaders and Fire tablets are on sale this week for Mother’s Day.

Today Amazon added another Kindle to the deals list. This time it’s the Kindle DX that’s on sale, which is really strange since it was discontinued and hasn’t been sold new for like a year.

Amazon describes the deal as a 20% off sale on an Open-Box Kindle DX. But what’s weird is the description describes it as used and in good condition.

The 20% off deal applies to this listing for the Kindle DX through Amazon Warehouse Deals. The regular price is $128.89. When you add it to your cart and proceed to checkout, the discount is applied, taking the final price down to $103.11.

That’s a really low price for the Kindle DX, even if it is used. When it was first released it sold for $489 new.

Another odd thing about the offer is it says only one is available on the product page, but I have no problem adding 20 to my cart and proceeding to checkout. Plus the deal doesn’t expire until May 11th, so perhaps they really are getting rid of open box units and not the used good condition one described on the listing.

Either way, a Kindle DX for $103 is pretty hard to pass up if you want a large-screen Kindle. Just remember that the software is older and it offers less features than newer Kindles. See my Kindle DX review for more info about the device.