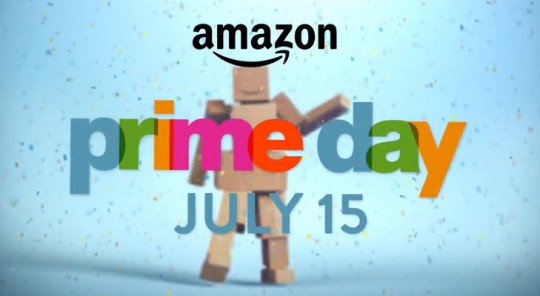 Tomorrow, July 15th, Amazon is going to be running a huge sale, with “more deals than Black Friday” to celebrate their 20th anniversary.

It’s called Prime Day, so it’s only for Amazon Prime members, which costs $99 per year to join, but you can get setup with a 30 day free trial if you just want to get access to the deals.

For non-Prime members, the whole thing is basically just a kick in the teeth, one big snub. But if you are a Prime member you can get in on some of the biggest deals of the year.

Some of the top highlighted deals include $30 off a Kindle (presumably the entry-level model, so that would make it $49) and $60 off the Fire HD 7, including the Kids Edition. That would knock the base Fire HD 7 from $139 to just $79 dollars.

Some book deals include up to 50% off Harry Potter books, and 70% off the Divergent Series Complete Box Set.