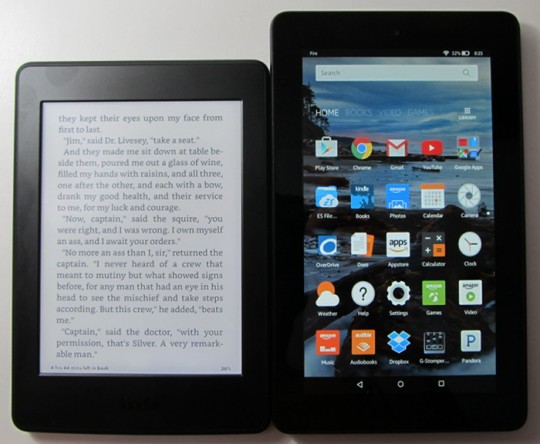 Amazon is currently running some sales on Kindle ereaders and Fire tablets but they aren’t the typical kind of deals that they usually run.

This time around Amazon is offering deals on certified refurbished and pre-owned Kindle ereaders and Fire tablets. In fact the Kindle Voyage is priced as low as it’s ever been at $152—the refurbished units usually sell for $169.

The used devices are being sold through Amazon warehouse deals.

On the Kindle front, a pre-owned Paperwhite 3 is going for as low as $71. The basic Kindle Touch can be had for $40; they also have them certified refurbished for $56.