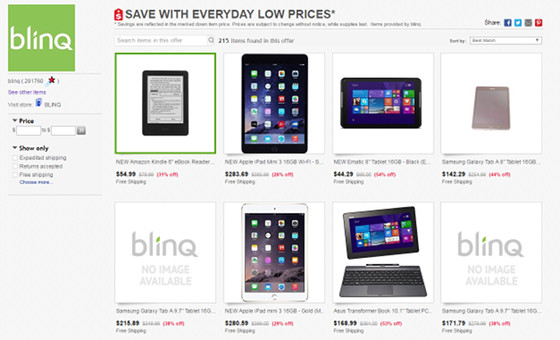 I came across some good deals over on eBay today by a seller called Blinq. I don’t know how long the deals are active but it appears to be an ongoing promotion.

They are selling lots of new and open box devices for cheap, including Kindles and various tablets. They also have some really good deals on laptops.

Somehow they also have “new” 3G Kindle Keyboards for sale and they’re only $77.99!

The Kindle Keyboard (aka the Kindle 3) was one of the most popular Kindles of all time.

It was discontinued several years ago now so it’s surprising to find any new ones still available. It still has a loyal following, especially the 3G model, which was the last to offer free internet access.

Blinq also has a number of good deals on a bunch of different tablets, including Samsung Galaxy Tabs, iPads, Surface tablets, etc.

I noticed they have lots of laptops for cheap as well. The prices of electronics is crazy. It still amazes me that you can get a fully-featured 15.6″ laptop with Windows 10 and a 1TB hard drive for the same price as a Kindle Oasis.