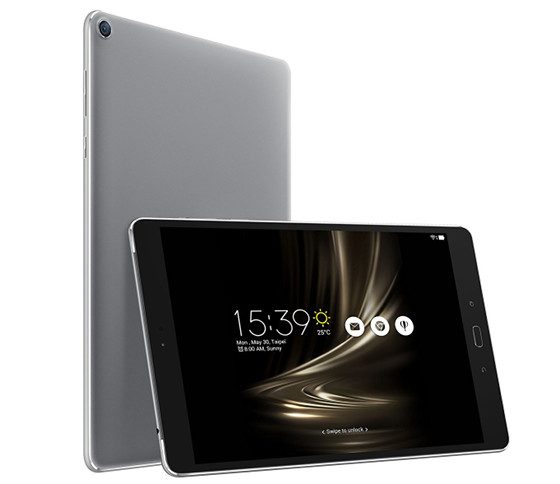 Asus has released a new Android tablet called the ASUS ZenPad Z500M, aka ZenPad 3S 10, that is similar to the Apple iPad Air in terms of specs and appearance, but it costs a fraction of the iPad’s price.

There are currently two versions of the ASUS ZenPad Z500M available on Amazon for $299. There’s a titanium grey model and a glacier silver version.

It’s pretty obvious that Asus went out of their way to make the ZenPad Z500M as iPad-like as possible.

It has a sleek aluminum body like the iPad and the overall dimensions are nearly identical. Plus it has a fingerprint sensor just like the iPad.

Other specs for the ZenPad Z500M include 8MP and 5MP cameras, it has 4GB of RAM, 64GB of internal storage space, plus there’s a microSD card slot that supports cards up to 128GB. For wireless it supports WLAN802.11 a/b/g/n/ac, Bluetooth 4.2, and Miracast. It also has GPS.

The Asus ZenPad Z500M has an MTK MT8176 dual-core 2.1 GHz + a quad-core 1.7 GHz processor, with an IMG GX6250 graphics card. Battery life is rated at 10 hours. It has dual speakers, a headphone jack, and a type-C micro USB port. The screen has active pen support, along with the option for a bluelight filter.

They claim the audio is supposed to be exceptional, but we’ve all heard that before. The tablet runs Android 6.0 and comes with Google Play, of course.