It’s time for another list of 10 free Kindle ebooks to start off the week.

Please note that the free Kindle books listed below are free as of November 7th, 2016. Most of these titles are free for a limited time only and will expire in a few days before going back to the regular list price.

Spanish eBooks up to 50% off

Love Comes Softly introduced the characters of Marty and Clark Davis, whose tragic circumstances brought them to a “marriage of convenience” on the frontier prairies during the mid 1800s. The story of how Clark’s patient, caring love mirrored that of the heavenly Father, drawing Marty to faith and to love, has captured the hearts and imaginations of over one million readers on Book One alone!

Elusive (On The Run International Mysteries Book 1) by Sara Rosett

Zoe Hunter loves living on the edge. Free-spirited and spontaneous, she’s built a life stringing together various freelance gigs that keep her bank account barely in the black. But when her ex, Jack, goes missing along with several million dollars from his business and the FBI zeros in on her as a person of interest, Zoe’s life goes from delightfully unpredictable to downright frightening.
Plunged into a world of fake identities, deception, and murder, she’s afraid to trust anyone. Zoe impulsively skips town in a search for answers that takes her from Las Vegas to Italy, but instead of tracking down answers, she only uncovers more questions. Who was Jack? Is he dead or did he fake his disappearance? And, what was he mixed up in—art theft, the mafia, espionage, or all three?

Remorseless: A British Crime Thriller by Will Patching

Peter Leech is a cunning, devious killer, brutalized by half a lifetime in prison for the vicious murder of his parents. Now he’s up for parole and, one way or another, he wants out. He’s driven by obsessive lust for Judy Finch, a beautiful parole officer who spurned his advances, and his thirst for revenge on those he blames for his conviction. His nemesis, Doc Powers, the forensic psychiatrist who assessed his mental health for trial, is now on the panel reviewing Leech’s parole application. But Doc fears for his own sanity. His feelings of guilt over his wife’s death and his terrible experiences as a criminal profiler threaten to overwhelm him. Hallucinations haunt Doc as he struggles to convince his colleagues that Leech is a dangerous unreformed psychopath.

Bomb after bomb dropped across the globe sending the world tumbling into a seemingly never ending nuclear winter. Skylar Ross is ten that day when she’s ripped from dance classes and sleepovers to being an orphan in a prepper’s paradise of a mountain bunker. Her determination to protect her baby brother keeps her locked away with nothing but responsibility and loneliness. Her father’s words are a continuous echo, “Trust no one. Help no one.” Rex Larson is eleven that day. He’s left stranded on the side of the road in a strange place far from home when his mother dies the first day. With his own small brother to look after he is lost and alone. Rex has no choice but to trust complete strangers with his and his brother’s future….

After two years of brutal captivity, Portia Lamont has escaped and returned to her family’s Vermont horse farm—only to find her parents gone to New York to try an experimental treatment for her mother’s cancer, and her childhood friend Boone Hawke running the farm. Like the rest of her family, Boone has never given up hope that Portia would return. But when she turns up battered, skinny as a twelve-year-old boy, afraid of everything and unable to talk about what happened, he does the only thing he can—try to help her heal. He summons the town doctor and Portia’s parents, and sets out to put this beautiful, broken woman back together again.

His First His Second: An Alicia Friend Investigation by A. D. Davies

Now assigned to DI Donald Murphy’s team, she finds herself in the grip of a northern British winter, investigating the kidnap-murders of two young women – both strikingly similar in appearance. When a third is taken, they have less than a week to chip away the secrets of a high-society family, and uncover the killer’s objective. But Richard – the father of the latest victim – believes the police are not moving quickly enough, so launches a parallel investigation, utilising skills honed in a dark past that is about to catch up with him. As Richard’s secret actions hinder the police, Alicia remains in contact with him, and even starts to fall for his charms, forcing her into choices that will impact the rest of her life.

The Farmer’s Wife (The Luchettis Book 1) by Lori Handeland

In this first entry into The Luchettis, youngest sibling and only sister, Kim, returns to the Illinois family farm after her father’s heart attack. Eight years ago she vowed never to return, believing only distance would allow her to forget the tragedy that broke her heart. Returning means she must face everyone’s questions, including those of her first love, Brian Riley, the only one who knows her secret. Brian has always loved Kim, despite his hurt and anger over her having abandoned him when he needed her the most. When she appears at his farm, surprise causes him to tumble off the barn roof and break both of his wrists. Kim’s guilt makes her agree to stay and help him until he is healed…. 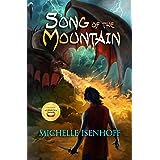 Song of the Mountain (Mountain Trilogy Book 1) by Michelle Isenhoff

Orphaned at a young age, Song has grown up listening to his grandfather recite legends of the distant past. But it is his own history he seeks to uncover, particularly the events surrounding his parents’ deaths. That is a secret closely guarded by his grandfather. Then Song discovers an heirloom that links him to an ancient prophecy. His destiny lies within the old tales he has scorned. Song must follow the path that killed his father.

Book #1 in The Claudia Hershey Mystery Series: A Claudia Hershey mystery: A dead psychic. Heroin filtering into the town’s schools. A sullen ex-con with a beef of his own, and a legislator with secrets to protect. Not what homicide detective Claudia Hershey expected when she moved to Indian Run, a smudge on Florida’s map. But there’s no turning back when the killer makes things personal.

The biggest story of Francine Vega’s career could end her life…or start World War III. Francine is a rising TV news reporter in New York City. Despite her brains, beauty and a growing following, she is stuck covering local interest stories. That is until her career literally hits the jackpot when the winner of a $450 million dollar lottery tells Francine that he is committed to using his new fortune to avenge his brother’s killing at the Pentagon on 9/11. His seemingly crazy plan is backed by more than just money-he is in league with a ruthless and powerful Army Colonel gone rogue, religious extremists and co-conspirators in the highest levels of government. Francine teams with FBI Special Agent Will Allen, one of the few people who believe the threat is real, in a desperate race across three continents to stop the plot before it’s too late.