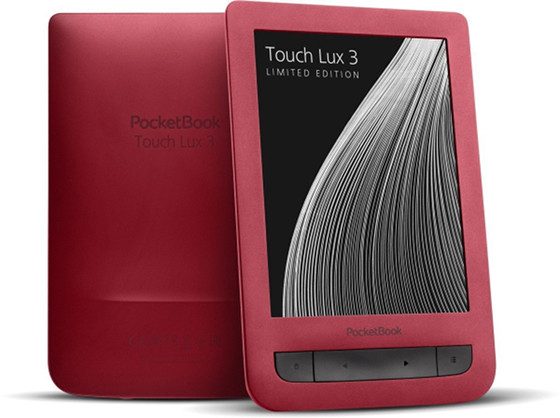 Pocketbook’s ereaders are mostly sold in Europe and parts of Asia. They don’t show up very often in the Americas, except from places like eBay.

There haven’t been very many red ereaders on market so the red Touch Lux 3 definitely stands out. Sony used to offer red on a couple of models but they were discontinued awhile ago now.

As far as specs go, the Pocketbook Touch Lux 3 has an E Ink Carta screen with a resolution of 1024 x 758 pixels (212 ppi). It has an LED frontlight, a capacitive touchscreen, page buttons, 4GB of internal memory, and it has a microSD card slot for cards up to 32GB.

It also has Wi-Fi and Dropbox integration and supports a number of formats, including Adobe DRM and ePub and PDF. Check the PocketBook website for the full list of specs and supported formats.