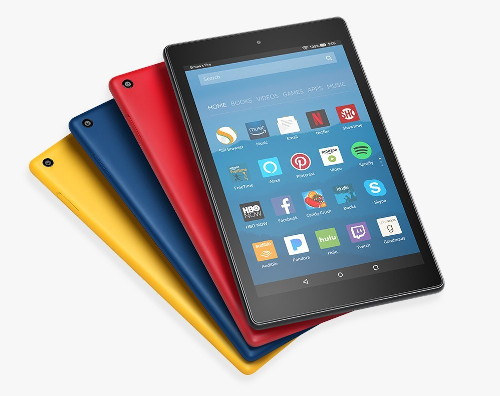 Today Amazon announced the upcoming release of new Fire 7 and Fire HD 8 tablets, along with Kids Editions for each.

The new Fire tablets are up for pre-order right now and they officially get released on June 7th.

The new 7-inch model features an upgraded IPS screen and it’s thinner, lighter, and has longer battery life and improved Wi-Fi, but not much at all has changed with the Fire HD 8.

Both models have microSD card slots and support cards up to 256 GB, up from 200 GB on the previous models.

The Kids Edition models are the exact same tablets but they come with a year of Amazon FreeTime Unlimited, a kid-proof case, and a 2-year worry-free guarantee. Plus they don’t come with ads and they are the upgraded versions with more storage space, 16GB for the 7-inch and 32GB for the 8-inch.