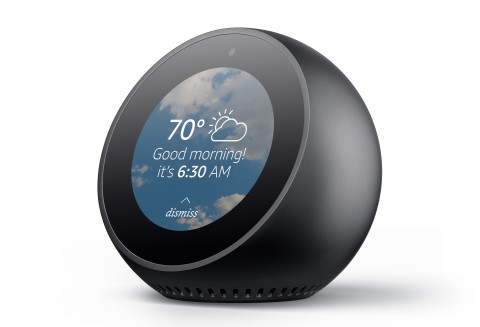 Today Amazon hosted a surprise hardware event in Seattle where they unveiled new products for 2017, including several new Echo products and a new Fire TV.

But sadly no new Kindle was announced, so that pretty much crushes any hope of a new Kindle getting released this year.

Amazon has gone all in on Alexa and their Echo devices.

Meanwhile the Kindle is old news as they don’t seem to care much about developing new Kindle ereaders anymore, and even when they do it’s just the same device in a different shell.

Among the new products unveiled is an Echo Spot similar to the Echo Show but with a smaller 2.5″ screen. There’s also a new 2nd gen Echo for $99, an Echo Plus, Echo Buttons, and an Echo Connect speaker.

So now they offer a bunch of different Echos in all shapes and sizes, along with three different Fire tablet sizes, and yet the Kindle line gets neglected once again as we’re left with the same four 6-inch Kindles as last year, three of which have the exact same screen.

It’s still not impossible for a new Kindle to get released by the end of November, but the odds just dropped to about a million to one. If Amazon didn’t announce a new Kindle today at their dedicated hardware event, then it’s most likely not going to happen at all, especially considering some of the new products aren’t even going to be available until mid-December. Very disappointing…

The way I see it, there’s only two ways a new Kindle could possibly get released after this. Either it’s so innovative and unique that it deserves its own dedicated press event (this would be extremely unlikely given the current state of ereaders), or it’s so boring and unoriginal that it doesn’t deserve any event at all.