Here’s a roundup of 10 free highly-rated Kindle ebooks for the weekend.

Please note that the free Kindle books listed below are free as of October 21st, 2017. Most of these titles are free for a limited time only and will expire in a few days before going back to the regular list price.

Monthly Deals: Up to 80% off Kindle books

The Horse That Haunts My Heart by Deborah Smith Parker

Set against the backdrop of the Rocky Mountains, Deborah Smith Parker’s coming of age memoir takes place in the 1950s during three transformative summers she spent on a horse ranch. As a young girl growing up in the Midwest, she longed for the life of a cowboy. At age 13 her parents allowed her to go west to live her dream where she met her first love—a horse nick-named Tank. She spent her summers riding, wrangling, and sleeping out under the stars while her extraordinary relationship with Tank developed, shaped by the poignancy, hilarity and drama that tested relationships undergo….

They say the truth will set you free, but what if it kills you first? Before serial killers and drug cartels, Leine Basso faced the ultimate betrayal… Leine eliminates terrorists for a living. After a routine assassination almost gets her killed, she chalks it up to a fluke. Her lover and fellow assassin, Carlos, has another idea altogether. He thinks their boss is setting them up for a fall. When Carlos goes missing and a bombing thwarts another mission, Leine suspects the stakes are far higher than she could ever imagine, and wonders if the man in charge might have it in for her after all.

A Thousand Letters by Staci Hart

Sometimes your life is split by a single decision. I’ve spent every day of the last seven years regretting mine: he left, and I didn’t follow. A thousand letters went unanswered, my words like petals in the wind, spinning away into nothing, taking me with them. But now he’s back. I barely recognize the man he’s become, but I can still see a glimmer of the boy who asked me to be his forever, the boy I walked away from when I was young and afraid. Maybe if he’d come home under better circumstances, he could speak to me without anger in his voice. Maybe if I’d said yes all those years ago, he’d look at me without the weight of rejection in his eyes. Maybe if things were different, we would have had a chance.

The first interstellar war, a generation ago, left humanity enslaved. Now humans fight in the armies of their masters to save themselves from annihilation. At least, that’s what the propaganda insists is true. What the layers of lies keep hidden, is how badly the new war is going for the people of earth. Now it’s Dylan Kane’s turn to blast into the heavens and join the battle, but what his masters don’t know, is that by putting a weapon in his hands, they’re giving him the key to unlocking his hopes of freedom. When the railgun slugs are tearing through his ship, and the vacuum is sucking the life out of his wounded friends, will Dylan’s years of repressed rage turn into enough bravery to make his dream come true?

When Rilla Staab returns to Boston after graduating from a Parisian finishing school, she learns she’s not only an orphan, she’s illegitimate. She’s a love child of means, thanks to her father’s bequest, but all hope for a suitable match is gone. Rilla buries her shame under an assumed identity and flees West, her only regret she may never again see the charming, grey-eyed Cal Dalton, whose brief acquaintance is burned in her memory. Pinkerton agent Cal Dalton can’t forget the fleeting moment he held the prim and proper “Miss Privet” in his arms—the one bright spot in a long, fruitless, and distasteful assignment to find a mysterious heiress for a greedy client…. 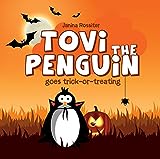 It’s autumn and Tovi and his friends are getting ready to celebrate Halloween.
After Tovi’s decorated his house, the friends all meet at the farm to pick pumpkins. But what a surprise they get while they’re there! It gives them a good idea for a Halloween trick! Will their trick work? And will they get treats? Let’s find out….

The Garment Maker’s Daughter is a multigenerational saga of immigrant dreams and sweatshop realities, labor strikes and women’s rights. It is the story of Lena Rothman, a shirtwaist-maker and active suffragette whose plans get derailed when she falls in love with her best friend’s boyfriend; Jake Brenner, a passionate labor organizer determined to lead the shirtwaist-makers on a high-stakes strike; and Daniel Cowan, a brilliant and ambitious night-school student hobbled by a shameful past. Fate draws them together. Emotions bind them to each other. But secrets will tear them apart. When a devastating blaze engulfs the shirtwaist factory, Lena must fight for her life. And in the chaos of the fire’s aftermath, mistakes will be made with consequences that continue into the next generation.

The Way We Met by Patricia M Jackson

Love is something that is shared by all and every couple has their unique story of how they met. This anthology of romantic short stories ranges in time from the late 1800s to the modern day with tales of the first glimpses of romance. From a tale of immigrants finding each other on Ellis Island to an accidental encounter in a crowded bar to an online romance, these stories are poignant and heartwarming, tinged with humor and a sense of inevitability. There may be a difference between his version and hers, but it is always the same chronicle of the stirrings of love.

Absolutely nothing stands between a woman and her beloved dog… not even the malevolent force of a voodoo curse. Kendell Summer, lead guitarist for Polly Urethane and the Strippers, has always been interested in the unexplained. So when she sets off on a paranormal research romp with Myles, a former classmate, to explore his skills in psychometry, she’s ready for a little adventure. But she gets more than she bargained for when her Lhasa apso, Cheesecake, is dognapped. Kendell will do whatever it takes to get her dog back. While rescuing the pup, Kendell and Myles learn that the touristy glitz of New Orleans’ voodoo shops hides a dark history few understand—a truth that some in the city plan to use for their own gain.

Joey Foust has no idea he’s a wanted man and his parents aim to keep it that way. They raised him as a normal boy in a small American town, hoping he and his friends don’t discover what lies beyond. And for eighteen years, they succeed. Joey and his friends, the Preston Six, were all born on the same day, but soon come to find they have much more in common than a simple birthdate. Details of their past are suspicious, and they are determined to figure out what their parents are hiding. What they find pushes the boundaries of their beliefs. Now, they’re forced to leave behind everything to face an unknown adversary who’s been hunting for them since the day they were born…