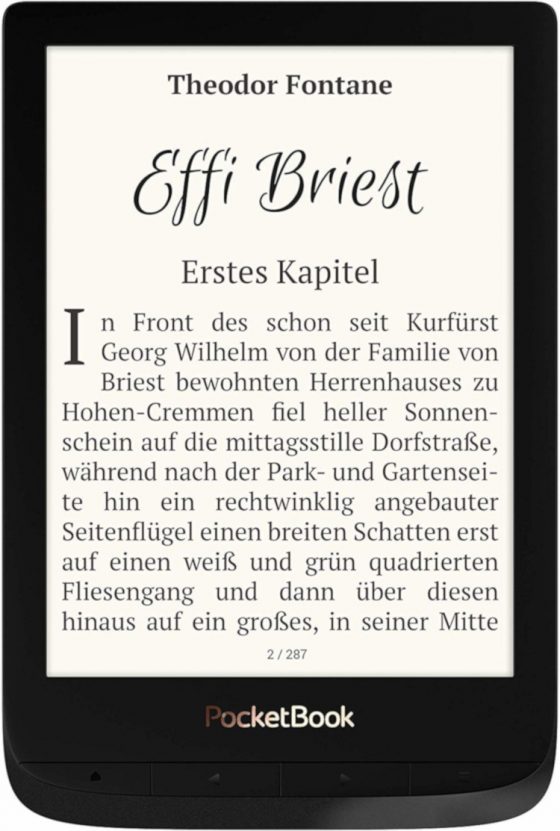 PocketBook released the Touch Lux 4 last fall, and while the specs aren’t particularly impressive, it’s worth noting that it is available to purchase on Amazon since most people will probably never come across it.

Pocketbook doesn’t have any distributors in the Unites States so their ereaders are hard to come by unless you import them. A few third-party merchants sometimes sell Pocketbooks on Amazon, as is the case with the Touch Lux 4.

Thanks to Amazon’s continued dominance in the dedicated ebook reader market, there aren’t very many brands of ebook readers to choose from.

But Pocketbook has been around for a long time, and for those that like having an ereader with a memory card slot and page buttons, the Touch Lux 4 is worth considering.

It has a mid-level E Ink Carta screen with 212 ppi, and mid-level specs the a 1GHz processor, 512MB of RAM, and 8GB of storage space. Plus it has a microSD card slot for an additional 32GB of space.

It also has a frontlight, capacitive touchscreen, micro USB port, a 1500 mAh battery, Wi-Fi, and it only weighs 155 grams.

According to Pocketbook’s website, the PocketBook Touch Lux 4 supports 17 book formats, including ePub and PDF, and it comes with Abbyy Lingvo dictionaries preinstalled with 24 language combinations.

The price is a bit high considering the specs, but at least it’s another option for those that want something different than a typical Kindle or Kobo.