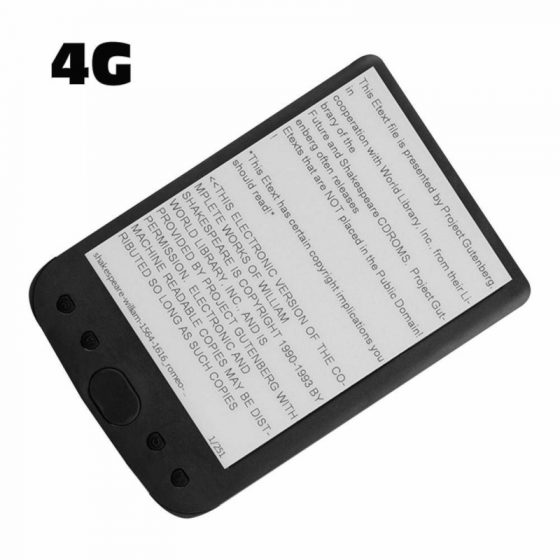 You’d be surprised by some of the obscure ebook readers that turn up for sale at Amazon.

One of the funniest ever is the Big-Time Kindle eReader that comes in three storage configurations with multiple color choices.

It looks like it was made about 10 years ago, and the seller is clearly misrepresenting the product by calling it a Kindle when it clearly is not.

Perhaps it’s just the result of a poor translation, but either way there are all kinds of problems with the listing.

They say that it’s waterproof in the title but it most certainly is not. They also say it has speakers and yet no speakers are visible in any of the pictures. The specs mention a backlight and a resistive touchscreen as well, but neither of those appear to be accurate either. It doesn’t look like it has a touchscreen at all, or a light.

If the specs are in fact true, it uses an E Ink Vizplex screen from 10 years ago. The last Kindle to use a Vizplex screen was the Kindle 2, and it was released back in 2009.

No matter how you look at it the “Big-Time” Kindle ereader is just a poor imitation of a real Kindle. 10 years ago it might have been a viable alternative but now it’s just a hilarious farce.