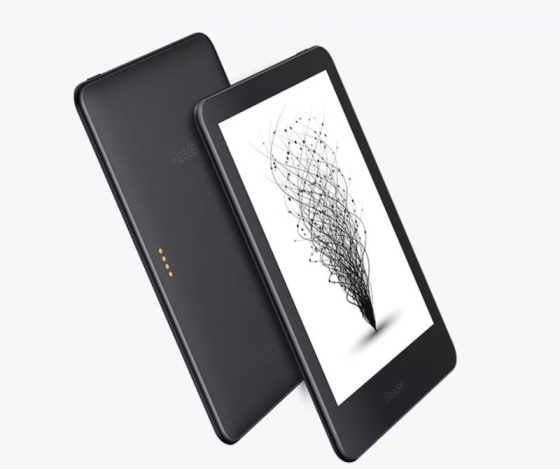 A couple of new ebook readers called Xiaomi iReaders have turned up for pre-order at Banggood, but unfortunately the prices aren’t very competitive.

They aren’t new devices exactly but it looks like these brand of ereaders have only been available in China until now. And apparently Xiaomi has nothing to do with the actual product, other than selling them.

There’s also a newer 6-inch iReader model called the A6 but it’s not available on Banggood yet.

The iReader T6 is a 6-inch ebook reader with a flush glass E Ink Carta screen and 300 ppi. It has a frontlight with adjustable color temperature and 8GB of storage space. It weighs 160 grams and has a 1500mAh battery.

The pre-order price for the iReader T6 is listed at $163 with free shipping. It’s expected to ship on June 5th.

The iReader Ocean is a slightly larger 6.8-inch model with 265 ppi and a color adjusting frontlight. It has 8GB of storage and 512 MB of RAM. It weighs 196 grams and also has a 1500mAh battery.

The pre-order price of the iReader Ocean is listed at $202 with free shipping. It’s expected to ship on May 30th.

These devices run iReader UI, based on Linux. The supported languages are English and Chinese, and the supported formats include ePub, PDF, TXT, and MOBI.

It’s unlikely either of these devices are going to gain much attention outside of China, but it’s good to see more choices coming on the market either way.