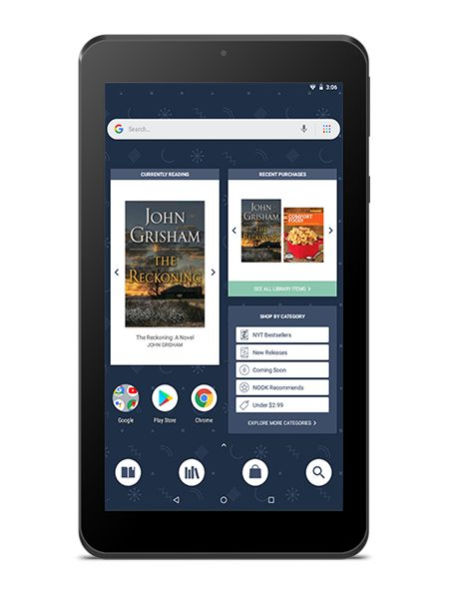 Barnes and Noble is running a deal where you can get thirteen free ebooks when purchasing the 7-inch Nook tablet.

Oddly the offer isn’t available for the Nook Glowlight 3 or any of Barnes and Noble’s nicer tablets, just the least expensive Nook tablet that sells for $49.99.

The fine print says the deal is only available online, not in stores.

It says they’ll send an email within three days after purchase with a coupon code to redeem the ebooks.

Of course they don’t let you pick just any thirteen books. The offer includes the following titles:

Land of the Dead by Robert Swartwood

The World Beneath (Joe Tesla Series #1) by Rebecca Cantrell

After Me by Deborah Coonts

Perilous Trust (Off the Grid: FBI Series #1) by Barbara Freethy

The Forbidden Duke by Darcy Burke