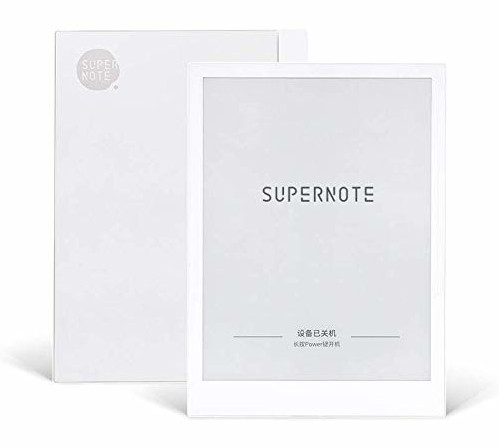 The Supernote is a new brand of digital notepads and ebook readers out of China from a company called Ratta.

The Supernotes support ePub and PDF files, and they have a Wacom touchscreen for notes and drawings.

They have 32GB of internal storage space and 1GB of RAM.

Unfortunately they’re using a single core Cortex A9 processor so they will be kind of laggy compared to similar models that have at least quad-core processors like Onyx’s ereaders.

With no frontlight and a single-core processor, it looks like these Supernotes are coming out a couple years too late.

The Supernote UI is Linux-based instead of Android so at least they’re working on developing their own software instead of piggy-backing on a poorly optimized Android OS.

At this point it’s unclear if they plan on selling Supernotes in the US through any reputable sources, but they’re available in China from some book stores and online at JD.com.

Supernote A5 and A6