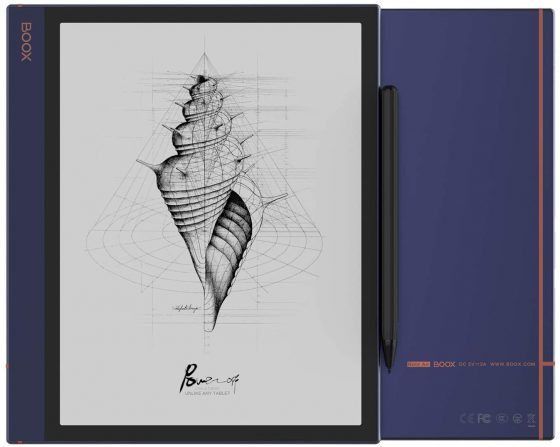 There are three new models. The Nova3 is a 7.8-inch device and both Note models have a 10.3-inch E Ink screen, although the Note3 has a flexible Mobius screen and the Note Air has a standard glass-based Carta screen. Both have 227 ppi and the Nova3 has 300 ppi.

Here are the links for the new devices at Amazon:

Onyx also sells them directly from their Boox shop website.

The Note3 and Nova3 are very similar to the previous Note2 and Nova2. About the only thing they changed was the Android OS is now Android 10 instead of Android 9, and the processor and RAM specs have slightly improved, and they use Bluetooth 5.0 now instead of 4.1. They also added a speaker to the Nova.

Here’s my review of the Nova2 is you’d like to see it in action. I won’t be reviewing the newer model because the review would be 95% the same—a slight performance boost isn’t going to change anything in a meaningful way.

I’ve decided to review the Note Air to check out the new design so stayed for more details!