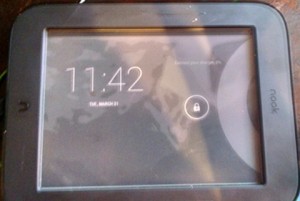 It’s always good to see the Nook Touch still getting some attention from developers, even after four years since its initial release. A couple months ago I posted an article about the Nook Touch running Windows 95 and other emulators, along with the Impossible Game. Now developers are working on getting the Nook Touch (and […]