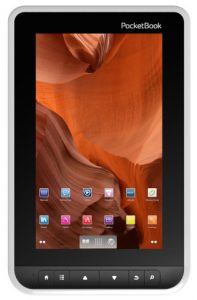 PocketBook International recently introduced a new tablet called the PocketBook A 7″, which is essentially a smaller version of the PocketBook A10 that was shown at IFA back in early September. As the name implies, the new PocketBook tablet has a 7″ screen. In fact, it has the same screen size and resolution as the […]