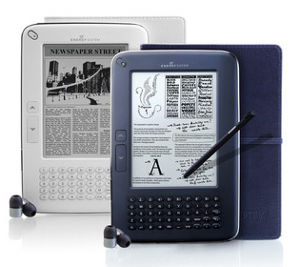 Both ebook readers feature 5-inch E Ink screens with 8 levels of gray scale. They are basically the same feature-wise, except the Book 4050 has a touchscreen that uses a stylus for on-screen notes and handwriting.

They come with 1000 classic Spanish, English, and French ebooks, which ought to put a dent in the 512 MB of internal memory. But worry not! They come with a 4GB microSD memory card. And both models support Adobe DRM for EPUB and PDF ebooks.