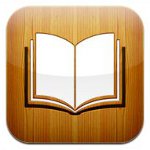 Up until July 1st, Canada Day ironically (aka Dominion Day for all you anti-conformists out there), the Apple iBookstore was available for download in Canada, but the selection of books was limited to free classic ebooks in the public domain.

Now, several major publishers are selling titles in Canada on the iBookstore, including Hachette, HarperCollins and Simon & Schuster.

The ebooks generally run between $12 and $18. Some initial reports from Canadians suggest that the same exact books cost less on the Kindle iPad app. If you live in Canada and have an Apple iPad handy, please post a comment to confirm or condemn any pricing difference between Kindle books and iBooks.