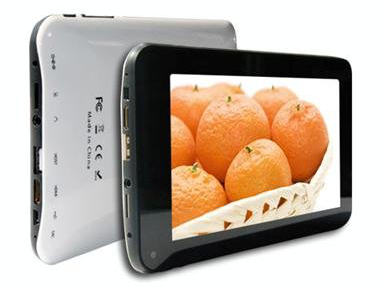 I came across another really cheap Android 4.0 tablet listed on Amazon the other day and it goes by the name of Innovatek InnoSoul.

It is a 7″ tablet that runs Ice Cream Sandwich with a 1.5GHz A10 processor and comes with a camera, a mini HDMI port, 2160p video support, and access to Google Play for apps.

There are two models, one with 4GB of storage and another with 8GB. They are priced at $99 and $109 respectively.

The specs are decent and it looks like a good deal but it’s hard to tell with cheap Chinese imports without testing them.

There is only one review on Amazon right now. It is a four star review that speaks highly of the device but it doesn’t go into much detail and it sounds like the person is already familiar with Android tablets—that makes a big difference, knowing your way around the operating system and knowing how to install apps.

Here’s the list of specs for the Innovatek InnoSoul tablet via Amazon (the manufacturer’s website has zilch):