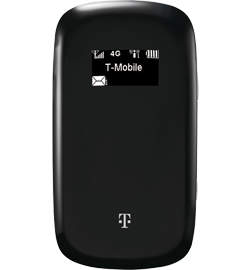 Earlier in the week I posted about how T-Mobile has new no-contract data plans for their 4G mobile hotspots. As mentioned in that first post, I planned on getting one of their mobile hotspots this week and then writing a review of it after some extensive use.

The problem is that T-Mobile makes trying to buy one of their mobile hotspots an unpleasant experience. That is unless you don’t mind paying 15% – 25% more for no apparent reason.

The thing is, T-Mobile sells their basic no-contact mobile hotspot from their website for $99, plus it comes with free shipping.

I knew I had to do a bunch of running around this week so I just decided to pick on up from WalMart instead of waiting for it to get delivered from an online order. I tried three different stores and two were out of stock and the third was selling it for $115, even though it is listed as $99 on WalMart’s website.

Then I had an idea that I thought couldn’t fail. I decided to just drop by a T-Mobile store and pick one up. That’s where things really went south.

If the price is $99 on T-Mobile’s very own website, you’d think that’s what they would sell for at T-Mobile retail stores, right? Wrong. Get this, the T-Mobile store sells the same exact mobile hotspot for $125.

Not only that, but the employees had no idea what they were talking about. It’s pretty sorry when someone (me) who writes a single article about T-Mobile’s hotspots and new data plans knows more about the product and plans than the actual T-Mobile employees.

Those guys were so clueless. They don’t even know what the price of the mobile hotspot is on their own website.

One guys starts talking out of his ass going on about how some T-Mobile retailers like WalMart and Radio Shack get special deals, and that their plans are different, yet he doesn’t actually know what any of the differences are. Then he says if you buy from a T-Mobile store you get better service than buying from somewhere else.

So let me get this straight. This guys expects me to believe all of the products sold from T-Mobile retail stores have some sort of special chip that lets them get better service than the same exact T-Mobile product sold from WalMart? That guy is cuckoo for Cocoa Puffs.

Then the other guy, at least he was trying hard, starts going on about how WalMart’s pay-as-you-go plan “might” not be the same. He’s basing this off the fact that WalMart hasn’t updated their website to show the new data cards yet, which were just announced a couple of days prior, so big shock WalMart’s website wasn’t up-to-date. Like anyone couldn’t just buy the data cards from T-Mobile anyway.

He’s trying his best to convince me paying $125 from T-Mobile is going to cheaper in the long run. The dude clearly failed math class. As I’m leaving the store, he’s telling me that I will come back and buy it from them after I find out the contract-free plans are more expensive elsewhere. Hey genius, if that were the case, which it’s not, then I’d just buy it from the T-Mobile website and save $25.

Needless to say, I haven’t gotten a T-Mobile hotspot yet. And now I’m seriously reconsidering the idea altogether.