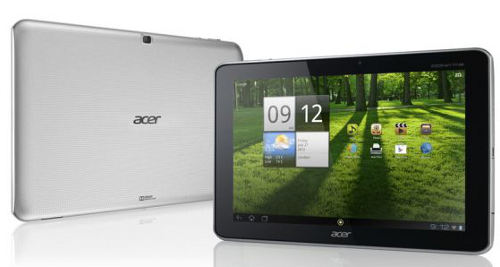 Acer announced a new tablet today called the Iconia Tab A700, and it’s already up for pre-order in the US and Canada for $449 from Acer, and is expected to ship by the end of June.

High-res screens like this make for great ereaders because the text is so clear and crisp, even super-tiny text. The new iPad was the first tablet to come with a higher resolution screen. It has a resolution of 2048 x 1536. That’s better than the Iconia Tab A700 by about 40 pixels per inch. It will be interesting to see if that makes much of a difference, probably not.

What’s strange about the new Iconia A700 is that, aside from the high-res screen, it’s pretty much exactly the same as the Acer Iconia A510 that was just released back in April. Even the price is the same. So why would anyone choose to buy the A510 instead? Makes no sense.

Here are the specs for the Acer Iconia A700: