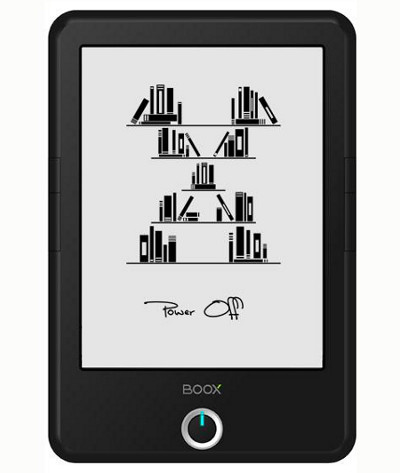 Last month the Onyx Boox T68 ebook reader turned up in a brief hands-on video from the Hong Kong Electronics Fair. The video didn’t show much other than the specs for the device.

Another video was posted a couple of weeks ago by an Italian ebook reader blog that shows more of the user interface and reading features on the Onyx T68.

Unlike other Onyx Boox ebook readers on the current market, the T68 runs Android 4.0, and it can even install apps from Google Play. Better yet, the device has a 6.8-inch E Ink screen with a resolution of 1440 x 1080—the same display that the Kobo Aura HD uses. It has the highest pixel density of any commercially available screen from E Ink at 265 dpi.

A German retailer, ereader-store.de, plans on selling the Onyx Boox T68 around the middle of June for a price of 159 euros with a cover.