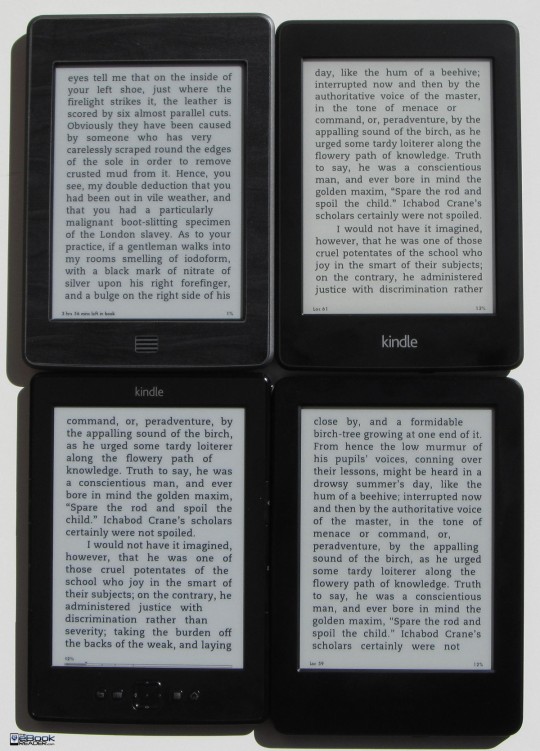 Whenever a new Kindle gets released, everyone wants to know how the screen compares to other models, so I took a few pictures to show the differences. The pictures were taken outside in direct sunlight and the Kindle Paperwhite’s frontlight was turned all the way down.

When it comes to Amazon’s latest entry-level Kindle, there really isn’t much to say. As mentioned in my first impressions review, I don’t like the design of the new Kindle very much, but at least there’s not much to complain about with the screen, other than it being old.

It uses the same exact 800 x 600 resolution E Ink Pearl screen as the previous basic Kindle, and it’s even the same as the Kindle Touch from three years ago and the Kindle 3 from four years ago. 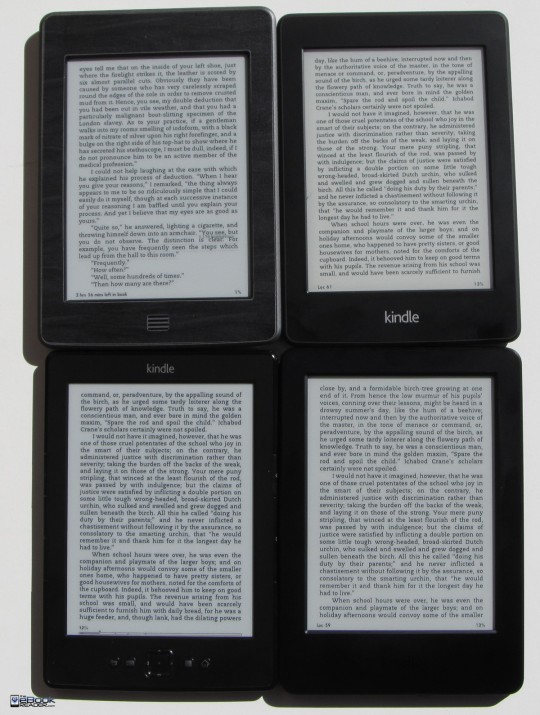 The new Kindle doesn’t have a frontlight or one of the newer higher resolution Carta screens like the Kindle Paperwhite or Kindle Voyage.

Given that, the screen on the new Kindle looks pretty much identical to the screen on the basic Kindle and Kindle Touch. Each model renders text slightly differently so text doesn’t look identical between them, even when using the same exact book, font, and settings. In the pictures text appears slightly bolder on the old basic Kindle, but the text is slightly larger too, so that adds to the effect.

Overall there’s not much difference between each screen in the pictures or in person. The main thing that stands out is the Kindle Paperwhite’s Carta screen has a slightly different tone in background color. I compared E Ink Carta vs E Ink Pearl a few years ago, and it’s still the same story today: The overall differences between E Ink’s various screens is very subtle. 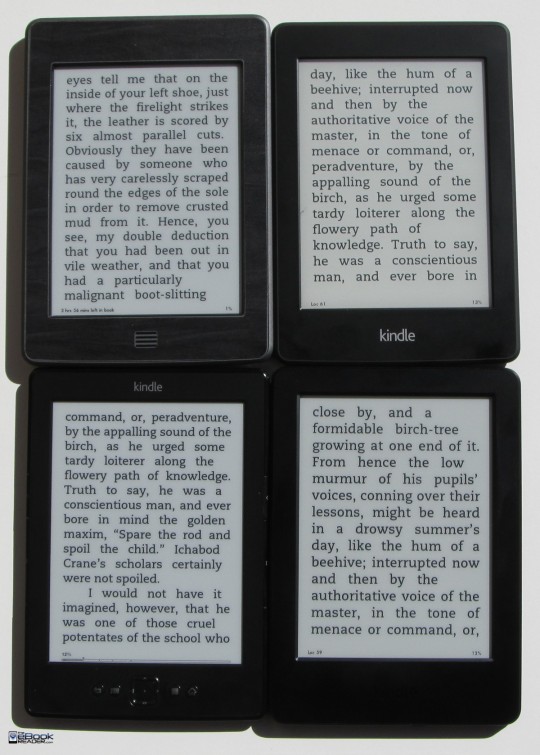