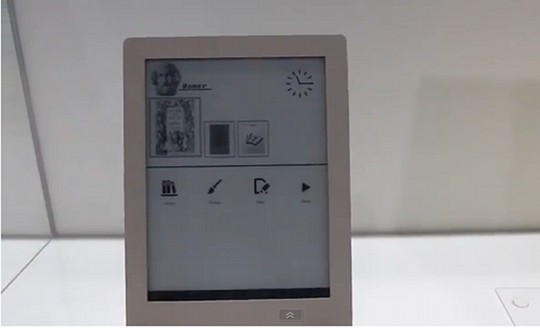 The other day I posted about a new 13.3-inch E Ink ereader from Netronix. In the background of the video you could see a smaller device that wasn’t demoed.

In addition to the 13.3-inch device, Netronix also has a 6.8-inch version with the same set of features. Both are note taking devices in addition to being ereaders.

Netronix is looking for distribution partners for their 13.3-inch device, but they already have at least one U.S. retail partner on board for the 6.8-inch model. Astak plans to sell it later this year. They used to sell E Ink ereaders but they’ve been out of the market for a few years.

What sets it apart from a typical ebook reader is the added support for handwritten notes. The device has an electromagnetic touchscreen for accurate writing using a stylus pen. The ereader also has a regular finger-friendly capacitive touchscreen.

There are a number of different writing tools and settings. Some are shown in the video below.