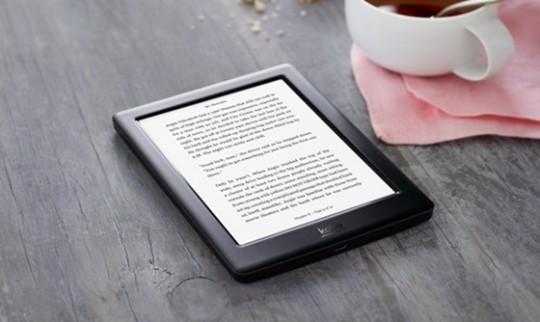 The Kobo Glo HD has a number of good things going for it with the high resolution 300 ppi E Ink screen and the evenly distributed frontlight, but one thing it doesn’t have is a memory card slot, which is a problem for people with large ebook libraries.

Luckily there’s a fix. Like other Kobo ereaders, the Glo HD has an internal microSD card that can be cloned and swapped out for a larger card. You can even replace it with a 64GB card.

The Glo HD comes with 4GB of internal storage space, with about 3.2GB of usable space. That’s enough for most people, but not everyone reads the same kind of content—you’d be surprised how fast 3GB can run out.

A number of people have already successfully upgraded the memory card on their Kobo Glo HD’s following the same instructions from earlier Kobos.

The same memory upgrade works with the Kobo Touch, Kobo Mini, Kobo Glo and the Aura HD. It can be done to the Aura H2O as well, but it’s really hard to take apart. The Kobo Aura is the only one entirely exempt from the upgrade.

I haven’t upgraded the memory on my Glo HD but I used the same process on my original Kobo Glo when the internal memory card became corrupt and the device wouldn’t do anything. It does take a bit of technical know-how but it’s surprisingly easy and only takes like 10 minutes.

The worst part is you have to take the back off the Kobo to get to the internal card. This ended up breaking the power switch on my original Glo, which makes it a huge hassle to turn on and off, so this kind of upgrade definitely comes with some risks (but at least the Glo HD doesn’t have a power slider to break).

USB Image Tool (other image cloning software will work too; I think I used either WinImage or Roadkil instead)

A microSD card: SanDisk is the brand that Kobo uses and is a good replacement known to work without causing problems. These SanDisk Ultra cards are popular, and are only $13.99 for 32GB.

The video below goes through the entire upgrade process from start to finish.

Here’s a basic outline of the steps:

For detailed written directions check out this guide at MobileRead: Memory Upgrade Mod Guide (With Pictures).

There’s also this newer Magic Memory Upgrade Mod that claims to do everything with just the Kobo itself without needing to use a card reader or disk imaging or partitioning software.