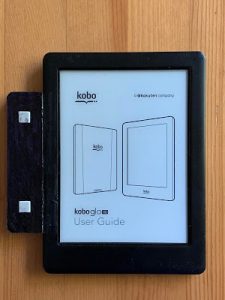 I recently came across an interesting post where someone took a Kobo Glo HD, which was discontinued three years ago but would still be relevant on the market today, and added page turn buttons to it with a relatively simple mod. The full outline and directions can be found here. It goes to show that […] 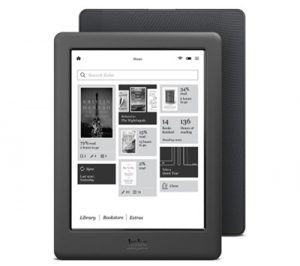 Earlier in the week I was reminiscing about the 5-inch Kobo Mini and how Kobo should release a 2nd gen model. I checked eBay to see if the Kobo Mini was still for sale anywhere but the search didn’t turn up anything good, just overpriced pre-owned ones. But I did come across a store selling […]

When Kobo unexpectedly discontinued the Kobo Glo HD last fall after releasing the Kobo Aura Edition 2, it appeared that the Glo HD’s cycle had come to an end, especially after Kobo removed it from their website and stopped selling it several months ago. But the Kobo Glo HD isn’t totally gone just yet. There […]

Now that Kobo has inexplicably discontinued the Kobo Glo HD in favor of the Kobo Aura Edition 2, the Glo HD has become an endangered species, disappearing from most stores and websites. The Glo HD has been out of stock on Kobo’s own website for several weeks now, and they even removed it from the […]

The 6-inch Kobo Glo HD was first released back in April 2015. It was Kobo’s first ebook reader to come with a 300 ppi E Ink screen, and it came just a few months after the more expensive Kindle Voyage was released, the first 300 ppi ereader. Now all signs are pointing to the Kobo […] 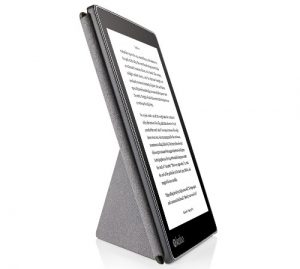 The Kobo Aura One has a number of unique features, including a 7.8-inch high-res E Ink screen, a waterproof design, and an auto-adjusting frontlight with different color temperatures to filter out blue light. Another unique feature for the Kobo Aura One comes in the form of its official Kobo SleepCover. The cover allows for hands-free […]

Kobo is running a couple of different sales to kick off July. From now through July 17th, the Kobo Glo HD is marked down by $20 at Kobo.com and from some Canadian retailers such as Chapters.Indigo. The Glo HD is Kobo’s highest resolution ereader with its 6-inch 300 ppi E Ink Carta screen. It’s interesting […] 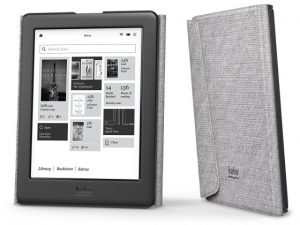