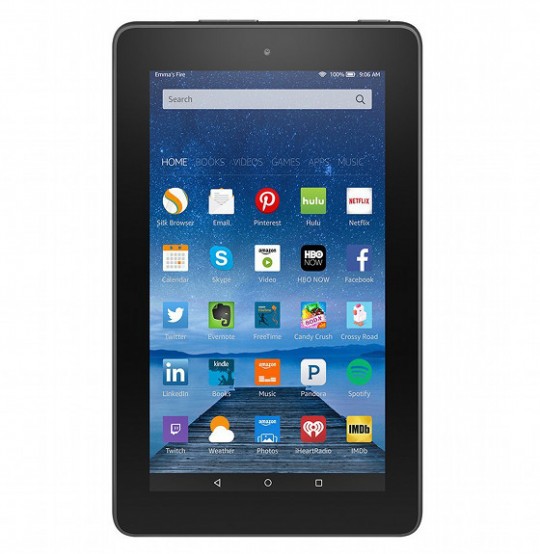 Amazon is on a press release issuing spree today. They’ve announced a new lineup of Fire tablets for 2015 that includes an entry-level device for only $49.

It’s the least expensive Kindle Fire tablet released, undercutting last year’s Fire HD 6 by $50. Plus it’s a 7-inch tablet instead of 6, and it even has a microSD card slot.

The $49 Fire tablet has surprisingly decent specs for the price. The low resolution screen is the biggest con, but there had to be some drawbacks.

The $49 Fire tablet is powered by a 1.3GHz quad-core processor. Battery life is rated at up to 7 hours.

The device includes front and rear cameras, 8GB of storage space, and a microSD card slot. This new generation of Fire tablets is the very first to feature memory card slots, so that’s a pretty big deal.

The new Fire OS 5 looks like a nice change, with more of a traditional Android feel. The description states that the new homescreen includes dedicated content pages for books, games, and apps, video, music, audiobooks, and Newsstand. It certainly looks a lot better than the carousel layout from before.

The $49 Fire tablet is up for pre-order right now. It gets released on September 30th. Amazon has come up with a new 6-pack promotion where you can get one Fire tablet for free with the purchase of five.