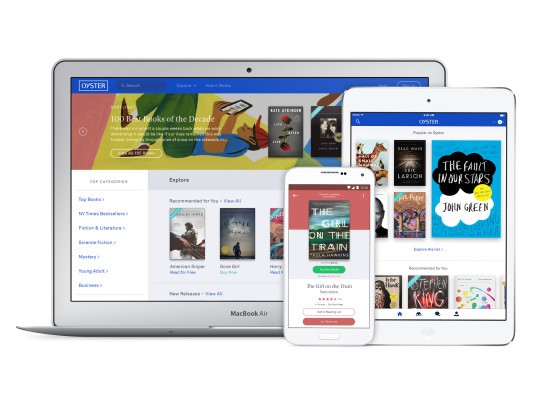 Yesterday Oyster announced on their blog that they will be closing the doors on their ebook subscription service after just 2 years of being in business.

Oyster’s explanation is rather vague and ambiguous; the post reads more like a plug for reading on mobile phones than a business closure statement. Giving customers an honest explanation would have been a better way to go out.

Instead of listing any specific reasons, Oyster just says “We will be taking steps to sunset the existing Oyster service over the next several months”.

Customers aren’t going to be very pleased with this. But most probably don’t know about it yet.

Oyster plans on sending out emails to customers regarding account closures in the next few weeks.

Existing customers can request a refund by contacting Oyster at refunds@oysterbooks.com.

According to various reports, later confirmed by a Google spokesman, some of the Oyster staff have been hired by Google to work for Google’s ebook business. Perhaps Google has interest in getting into the ebook subscription market too, but so far they aren’t saying.

Oyster was one of the first ebook subscription companies to launch. They charged $9.95 per month for unlimited access to their library of ebooks. Now that Oyster is going out of business, that leaves Amazon’s Kindle Unlimited and Scribd as the main players in the ebook subscription field.