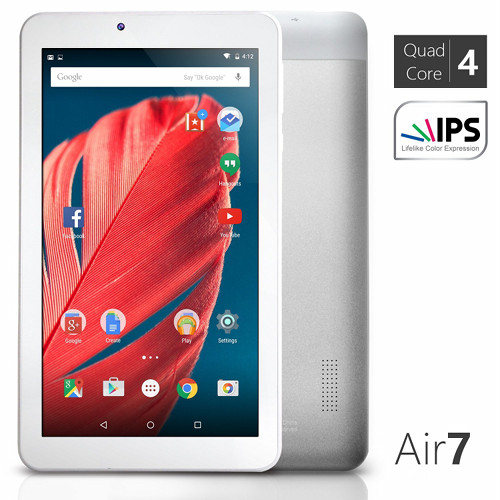 One thing that Amazon is really good at is marketing. The new $49 Fire tablet is a great example of this.

Just about everyone is impressed with the price of the $49 Fire tablet, so much so that it’s the #1 bestseller in electronics on Amazon’s website.

It’s so popular that Amazon can’t even keep up with demand. The regular version is out of stock until October 26th, and the $65 non-ad version is on backorder for 7-9 weeks.

The thing about it is the $49 Fire isn’t anything new. There have been $50 Android tablets on the market with nearly identical specs for awhile now.

In fact you could make the argument that you could purchase a better tablet for the price.

Amazon carries a number of similar Android tablets on their website in the same price range, and they have some advantages over Fire tablets, like having support or Google Play, running open Android 5.0, coming with 1 year warranties instead of 90-days, and having HDMI ports.

So I thought I’d post a roundup of Android tablets that are good alternatives to the $49 Fire. Since it includes advertisements at that price, it’s only fair to include tablets up to $65 since they aren’t subsidized. 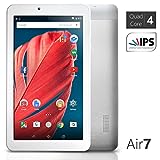 The 7-inch Lenotab tablet runs Android 5.0 and has Google Play. It has a quad-core processor and GPU, with 8GB of storage space and 1GB of RAM, front and rear cameras, a microSD card slot, and 3-6 hour battery life. 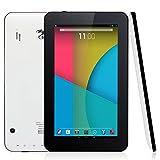 The Dragon Touch M7 comes with Android 4.4 KitKat but it can be upgraded to Android 5.0 upon request. It has an IPS screen, a 1.3GHz quad core processor, 8GB of storage space, 1GB of RAM, Bluetooth, GPS, dual cameras, a microSD card slot, 4.5 hour battery life, and mini HDMI port. 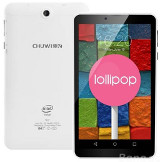 Banggood has the 7-inch Chuwi VI7 SoFIA tablet. It runs Android 5.1 with Google Play. It has a 1.2GHz AtomX3 quad-core processor. It has 8GB of storage space and 1GB of RAM, front and rear cameras, Bluetooth, GPS, a microSD card slot, and it has support for 2G/3G wireless. 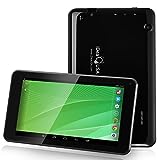