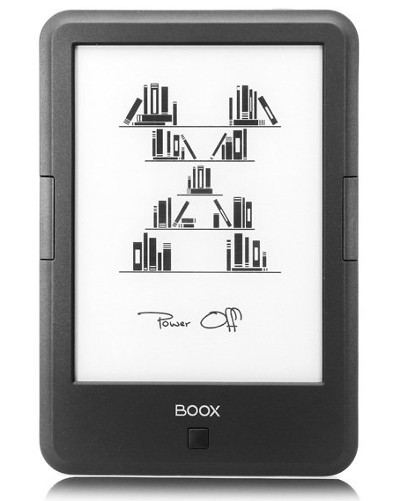 As the calendar is about to roll over into 2017, let’s take a look at the current state of Android ebook readers.

Some new devices have been released recently and others have been on the market for a few years now.

A number of them are slightly updated versions of previous models.

Some of the older models have recently disappeared, like the InkBook 8 and InkBook Obsidian.

For the most there are only two companies producing Android ereaders, Onyx and Boyue, although you’ll sometimes find them under different brand names.

Below is a list of ebook readers with Android operating systems. Most run Android 4.2. I’m only going to focus on 6-inch models for this list, but I’ll post another article for the larger models soon.

The list is in order of current prices from low to high. All have a microSD card slot (except the Nook) and support the same basic formats (ePub, PDF, etc) so that won’t be mentioned in the notes.

You can use the search box on the top right to find out more about these ereaders on this website.

InkBook Classic 2 – A basic entry-level model with an 800 x 600 (167 ppi) resolution E Ink Carta screen and 4GB of storage space. It has page buttons and a touchscreen but no frontlight.

Energy eReader Slim HD – This is an inexpensive model but it lacks a touchscreen so Android isn’t going to be of much use since most apps require a touchscreen to function. It has a 212 ppi E Ink Carta screen, 8GB of storage, and no frontlight.

Onyx Boox C67s – This is the last model on this list that lacks a touchscreen and frontlight, but it has a 212 ppi E Ink Carta screen and 8GB of storage space. Unless the price drops considerably there is no reason to get it over the model below.

Onyx Boox C67ML – This model has been out for a couple years now. It has a touchscreen and a frontlight, with 8GB of storage space and a 212 ppi E Ink Carta screen (there’s a newer model with 300 ppi a few spots down). It also supports audio.

Nook GlowLight Plus – Released last year, B&N’s latest Nook runs Android but it has to be hacked to install apps, and it’s the only device on this list without a memory card slot so it’s usefulness is hampered. But it probably has the nicest hardware of the lot, with a premium, waterproof design and 300 ppi E Ink screen.

Icarus Illumina – This is the newer version of the Illumina that was recently released. It has a flush glass screen with a 212 ppi Carta display. It has a touchscreen and page buttons, and it comes with Google Play already installed, unlike most on this list.

Onyx Boox C67ML 2 – This is the same as the other C67ML mentioned above but it adds an upgraded 300 ppi E Ink screen.

InkBook Prime – A new model that was just released, it has a 212 ppi E Ink Carta screen, with a touchscreen, frontlight, flush glass screen, and page buttons. This model adds Bluetooth, which most don’t have. The touchscreen can also be turned off, a new feature for this model.

Boyue T63 JDRead – This model is basically the same as the Icarus Illumina above but it adds a 300 ppi E Ink screen. It has a flush glass screen with a touchscreen and a frontlight, with page buttons on both sides of the screen. This model does support English, contrary to early reports.

Energy eReader Pro HD – This model has a frontlight, a touchscreen, and a flush glass screen. It has a 212 ppi E Ink Carta screen, with page buttons and 8GB of storage space.

Onyx Boox Kepler Pro – The Kepler Pro is Onyx’s latest model. It has a flush glass screen, a touchscreen and frontlight, with a 300 ppi Carta screen. It has double the RAM compared to other devices on this list at 1GB. It has 16GB of storage, plus it supports Bluetooth and it has a metal casing. This model runs Android 4.0.