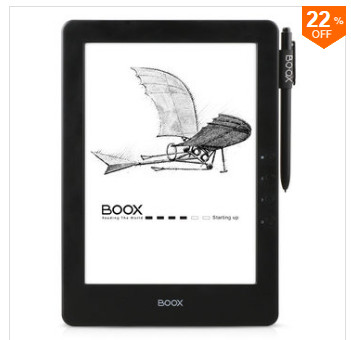 There are a few different Onyx Boox ereaders on sale at Banggood.

Some of them are priced as low as they’ve ever been, like the new Kepler Pro and the 9.7-inch N96.

Both N96 models are very similar. One has a frontlight and stylus touch (N96ML), and the other has no light plus stylus and finger touch (N96).

Several other Android ereaders are on sale at Banggood as well but they are at the same prices they’ve been for a few weeks now, like the 13.3-inch Onyx Boox Max for $679.

The 8-inch Onyx Boox i86ML is also back for $263 after it disappeared for awhile.

The sale expires on January 20th.