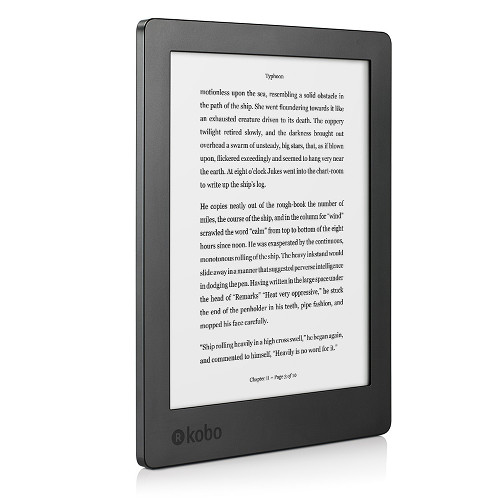 The new Kobo Aura H2O gets released later this month on the 15th.

A French website has posted a comparison review showing the new Kobo versus the original H2O.

Overall not much has changed. The new model is 90% the same as the older one. It has the same screen, the same processor, and the same software features.

Aside from cosmetic changes, there are two main differences. The new Kobo has a frontlight with adjustable color temperature, and it has twice as much internal storage space with 8GB, although it no longer has a memory card slot for expansion.

The video below is in french but it shows the difference between the two models regardless of the language. The two devices have different homescreens but that’s a change Kobo has made to their software and it’s not exclusive to the newer model.

At the 2:40 mark the frontlight is show with the adjustable color temp. The orange tone looks more even in color than the light on the Kobo Aura One, which tends to have some colored blotches in the lower corners.