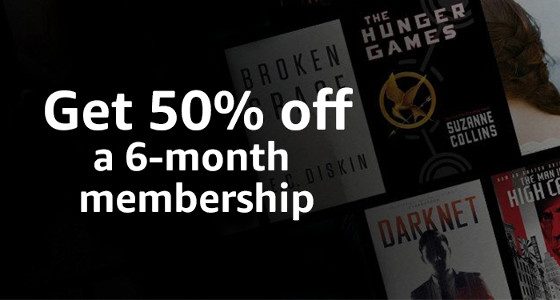 Amazon has started offering a new deal on Kindle Unlimited, their ebook subscription service, where you can get a 6-month subscription for 50% off the regular price.

The fact they’re taking 50% off a 6-month plan is surprising.

Kindle Unlimited isn’t just for ebooks. They have thousands audiobooks as well, and some magazines and comics too.

The deal is for new subscribers only and can’t be used if you already subscribe to Kindle Unlimited.

The promotion expires on October 13th.