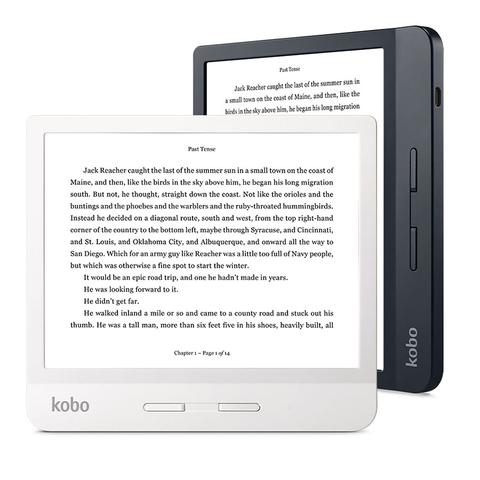 Kobo has announced the upcoming release of a new ebook reader called the Kobo Libra H2O and it looks like a bargain for the price, so much so that the Kindle Oasis could be in trouble.

The Kobo Libra H2O has a 7-inch 300 ppi E Ink screen, and it has an asymmetrical design similar to the Kobo Forma with the page buttons on one side and a sensor to rotate the display.

It has the same exact screen as the Kindle Oasis except it’s $80 cheaper ($100 cheaper when you consider the cost of removing Amazon’s annoying ads).

The Kobo Libra H2O has a retail price of just $169.99 USD and it will get released on September 17th. Kobo will start accepting pre-orders on September 10th.

As the name suggests, the Kobo Libra H2O is waterproof, with an IPX8 rating. It has 8GB of storage space, Wi-Fi, and a 1200 mAh battery. It also has Kobo’s ComfortLight Pro to adjust frontlight color temperature.

One thing that’s different than the Kobo Forma is it has an indented screen, and it has a typical glass-backed E Ink screen instead of the more durable plastic substrate on the Forma. As a result, it weighs about the same as the larger Kobo Forma at 192 grams. They also moved the power button to the back of the device instead of having it on the side. And unlike the Forma, the Libra is available in both black and white colors.

I don’t know why they insist on adding “H2O” to the name. It has a different screen size and design than the former Kobo Aura H2O, and they don’t have that with the Forma and it’s waterproof. From now on I’m just going to call it the Kobo Libra.