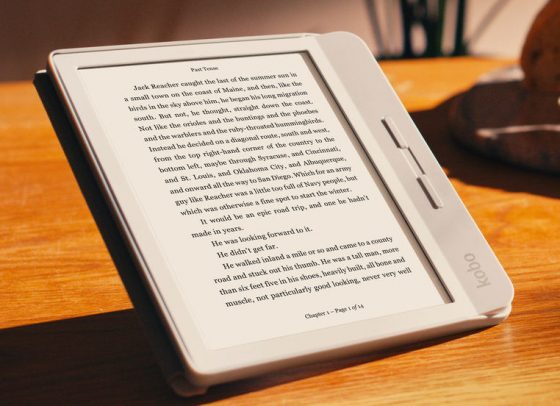 When Kobo announced their latest new ebook reader earlier this month, the Kobo Libra H2O, they also revealed some new software features that will be available on it.

The new software features won’t just be limited to the Kobo Libra; the updated software will be getting released for other Kobo models as well.

In fact some folks are already trying out the new software for the Kobo Libra on earlier Kobo devices.

There’s a thread at MobileRead with a download link for the new software and a discussion about the new features.

The update is basically the pre-release version for the new Kobo Libra, version 4.16.13337, but it’ll work on other Kobos as well. However, the official update for other models hasn’t been released yet, but it’ll probably get released in a week or two with a new version number. See the thread for more details.

The new software has an updated reading interface with new header and footer options, and some new navigation features, among other things.

Here’s more about the new features from Kobo’s press release regarding the announcement of the Kobo Libra.