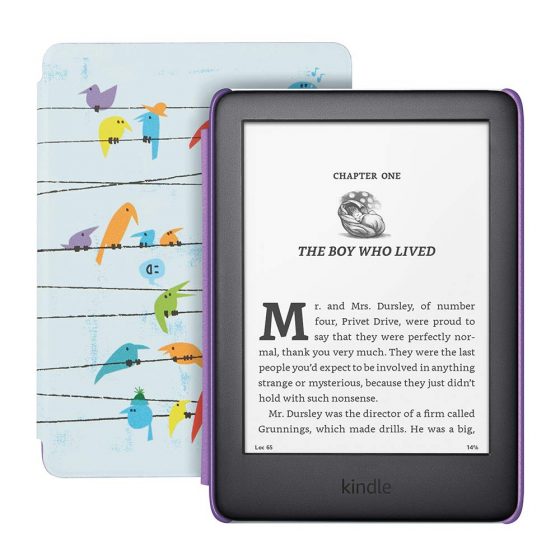 Amazon’s latest attempt at a Kids Kindle looks like it’s going to be another bomb just like the previous two attempts.

The weird thing about it is it’s the exact same Kindle as the entry-level model. In fact the Kids Kindle is actually a better bargain because of the extended 2-year warranty, the included cover, and the fact that it doesn’t come with ads, which cost an extra $20 to remove on the regular Kindle, making the list price of the two models exactly the same.

But so far the reviews for the new Kids Kindle are mostly scathing.

Granted there are only 40 reviews at this time, but the low number is another indication of how unpopular the kids model is compared to the entry-level Kindle with a 4.3-star rating and 3,262 reviews.

The previous Kids Kindle was not popular either. It only managed a total of 40 reviews over 2+ years, with a 3.5-star overall rating.

The new Kids Kindle already has as many reviews as the last one so Amazon’s marketing department must be doing something right, but judging by early customer reviews it’s even more disliked than the last one.

The biggest complaint seems to be the awkward navigation, and I would agree with that. There’s no regular library view on the kids version, just a list of recent titles, and you can’t add sideloaded content to a child’s profile so you’re stuck with Amazon’s content only. But outside of using a child’s profile, it’s the exact same Kindle as the regular non-kids version.

At this point it’s clear that the Kids Kindle is the least popular Kindle of all time; most people simply do not like it. Amazon’s Kids Edition Fire tablets are a lot more popular. I don’t know why they keep re-releasing Kids Kindles that nobody likes, especially when you can just setup a regular Kindle with a child’s profile anyway.