Here’s a list of 10 free Kindle ebooks and Kindle-related deals to kick off the week.

As noted yesterday, Amazon has some new free offers on Kindle Unlimited for new and returning subscribers, and I’m still getting offered the 50% off deal they had for Prime Day so you might want to check if you have the same deal for your account.

Please note the free Kindle books listed below are free as of November 2nd, 2020. Most of these titles are free for a limited time only and will expire in the next few days or hours before going back to the regular list price.

Cass Adams is crazy, and everyone in Deacon, Kansas, knows it. But when her good-for-nothing husband, Roland, goes missing, no one suspects that Cass buried him in their unfinished koi pond. Too bad he doesn’t stay there for long. Cass gets arrested on the banks of the Spring River for dumping his corpse after heavy rain partially unearths it. The police chief wants a quick verdict—he’s running for sheriff and has no time for crazy talk. But like Roland’s corpse, secrets start to surface, and they bring more to light than anybody expected…

Years ago, we were in love. She was an up-and-coming superstar and I was the security professional hired to keep her safe. We fell hard and fast, no matter how much we tried to resist one another. But not everyone around us was happy about our relationship, and a string of lies and deceit destroyed what we once had. I moved on from her and didn’t look back. Now I’ve taken the helm of a nationally renowned protective services company, and I’m looking to rebrand my career…

Tessa Randolph is feeling defeated. On the outs with her boyfriend and suddenly without a job, she’s scrambling to pay the rent. She doesn’t exactly have the kind of life she wants. Tessa needs a change. And the ability to afford the wet food her cat Pepper thinks she deserves at every meal. Against her better judgement but without a better offer, Tessa takes a job from one of the scariest of bosses—her mother, who has a deadly sharp tongue…

ICU Nurse Sadie Montgomery moved to New Orleans after her entire world fell apart. The idea was borne of desperation as she sank deeper into a depression so deep and dark, she had stopped feeling. But it wasn’t until she crossed paths with Ram that she finally felt a spark of life return. The only problem is, she doesn’t want to be dependent upon anyone. The pain of losing it all is still too fresh. Not to mention, in Ram’s world, the women submit themselves body and soul…

Fight Like a Man: A Post-Apocalyptic Thriller (The SHTF Series Book 1) by L.L. Akers

While he sat back and watched the United States rattle swords with Korea, play chicken with Russia, and strong-arm China, he felt sure if the lights went out, that he and his family would be ready and safe—whether it was due to a natural disaster or a man-made event. They had everything they needed at their homestead. What he wasn’t prepared for, was his family not being home if it ever happened. Olivia Rowan is with her sisters, Gabby and Emma, on a girls-only trip to Myrtle Beach…

Paxton Arrington had an upbringing of wealth and privilege. Rather than live the life of a corporate CEO, Paxton chose to become one of Seattle’s finest.
He’s a man with a rigid and unyielding personality and a belief of always doing the right thing. When he stumbles onto corruption in his own precinct, Paxton finds himself in a precarious position with no simple way out of it. Going head to head with Detective Sergeant Radley and his highly decorated Strike Team is career suicide. More than that, he fears that taking them on could have a ripple effect of unintended consequences… 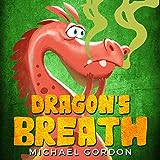 What happens when a Dragon doesn’t brush his teeth? Well…we all heard about the ”dragon’s breath’’. That’s why learning proper dental care is really important for a little boy and his friend Dragon Joe.

A Match Made in Spell (Fate Weaver Book 1) by ReGina Welling, Erin Lynn

I’m Lexi Balefire and I wear a lot of hats, but none of them are tall and pointy. I spend half my time making love matches that last forever, and the other half trying to keep my faerie godmothers from turning each other into toads. Or worse. I come from a long line of witches, some of them wicked, but none of that will matter if my magic doesn’t awaken before midnight on my next birthday. If I miss that deadline, I’ll never be a true witch…

Who She Was: Book 1 (Sylvia Wilcox Mysteries) by Braylee Parkinson

A grieving husband shows up at Sylvia Wilcox’s private detective agency on Christmas Eve and asks her to solve his wife’s murder. The husband, Carson Stark, doesn’t know why his wife, Liza, was in one of Detroit’s worst neighborhoods, or why anyone would want to kill her. The police suspect infidelity, but a review of the case files and information leading up to Liza’s murder fails to produce any evidence of wrongdoing on Liza’s part. As Sylvia works diligently to follow up on any and all leads, she is continuously met with roadblocks thrown up by secrets and lies from Liza’s mysterious past.

Winemaker of the North by J.T. Williams

Forsaken to be a killer and sent to be a destroyer, Sviska must choose his own path. Sviska is a man of the shadows, an assassin without any one place to call his own. But in the Far North, he discovers a secret. Magic, long thought lost to the world, is alive. The genocide to destroy every elf, wizard, and sacred being of old is not yet complete. Sviska’s masters work the strings of the world and he has been sent for a task he does not even fully understand yet. When at last he feels he has what he has always wanted, darkness falls upon the world. He must rise to face an enemy more terrible than any he has ever met. Fate will force him into a terrible choice.