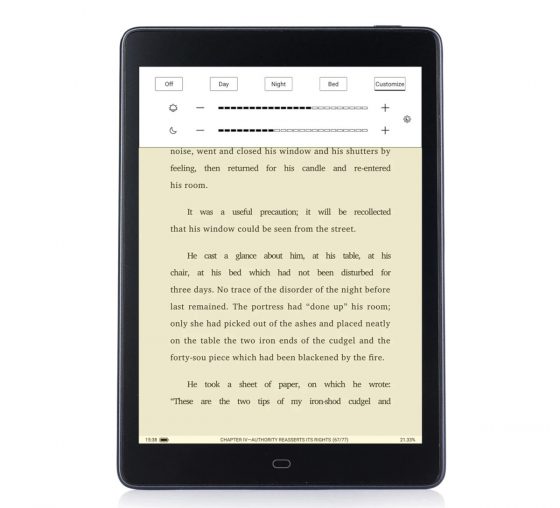 The Likebook P78 recently turned up for sale on Likebook’s AliExpress store with a price of $239 with free shipping (it’s also available on Amazon now for $249).

The Likebook P78 is a lot like the Likebook Mars, except it has a new design with a flush front screen, and they doubled storage space to 32GB and added a USB-C port with OTG support. Bluetooth has also been upgraded to version 5.0, the battery is 400mAH larger, and they added an external speaker.

Other features include a frontlight with adjustable color temperature and it has 2GB of RAM and a 1.5GHz quad-core CPU. It has a hidden memory card slot as well that support cards up to 256GB.

Like other Likebooks, the P78 runs Android 8.1 and it’s open to install Android apps so you can use other reading apps if you want. It looks like a good alternative to the Onyx Nova3 if you don’t need a Wacom touchscreen for writing, and it’s over $100 less expensive despite having the same 7.8-inch 300ppi E Ink screen.