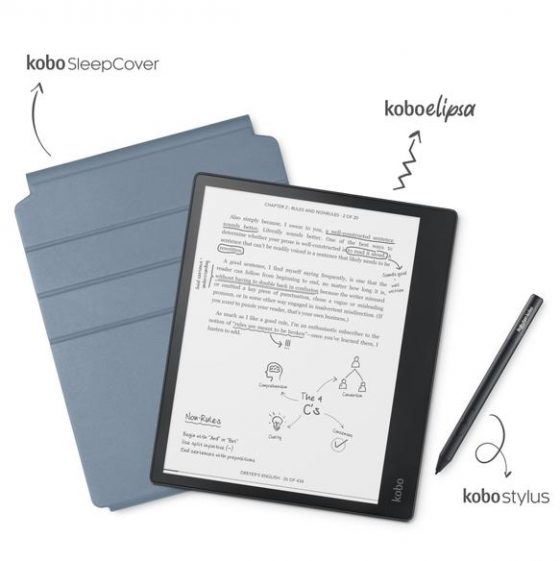 There’s now another way to purchase the new Kobo Elipsa ereader and notebook that was released toward the end of June.

In the US, the Kobo Elipsa was only sold from Kobo’s website initially. Then they started selling it on Walmart’s website last month (but not in stores), and now another seller has listed the Kobo Elipsa on Amazon.

It sells for $399 with free shipping, the same as Kobo and Walmart.

The Kobo Elipsa is sold as a bundle package that comes with a cover and a stylus pen; the Elipsa cannot be purchased individually.

What makes the Kobo Elipsa unique is the fact that it’s the first Kobo ereader to come with a larger 10.3-inch E Ink screen, and it’s also the first Kobo device that doubles as an E Ink notebook.

The included stylus can be used to add highlights and write notes directly on ebooks and PDFs, and there’s also a dedicated notebook app with basic and advanced notetaking options.

See my Kobo Elipsa review for more information about the device and to watch a video demo of it in action.