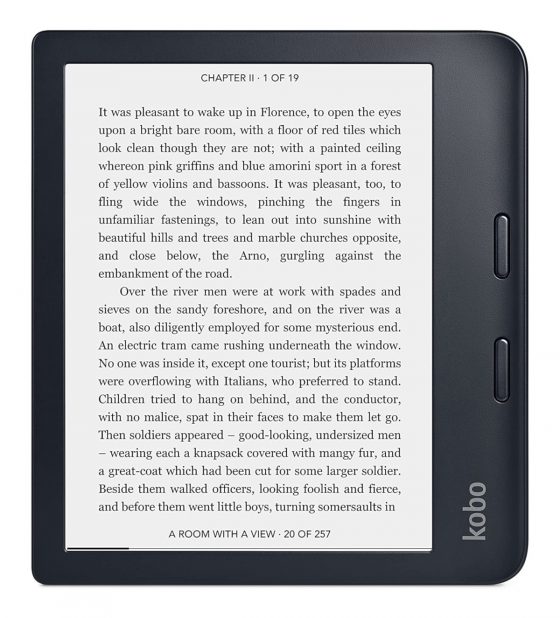 With the last software update for Kobo ereaders, Kobo added a new Sideloaded Mode that lets you use a Kobo device without signing into a Kobo account.

I think it’s mostly meant to make setting up a new device easier without a Wi-Fi connection, but I think Sideloaded Mode will also appeal to those that just don’t like being signed in and don’t care about having a Kobo account.

I always thought it was bad practice to force people to sign into an account before being able to use a Kobo ereader, but at least now with Sideloaded Mode there’s another option.

How to Enable Sideloaded Mode

Sideloaded Mode is meant to be used temporarily during initial setup for those that don’t have an internet connection, and it’s only available on the new 4.31.19086 software, but it can be used long term because most of the software features are available and active without a Kobo account.

If you want to try Sideloaded Mode on your Kobo ereader that you’ve already signed in with, there are a couple of different ways to access it.

Another option for those familiar with editing the “Kobo eReader.conf” file on Kobo ereaders, you can add the following code to the “ApplicationPreferences” section: SideloadedMode=true

Most features work in Sideloaded Mode, expect there’s no syncing and the link to the Kobo store is missing. Wi-Fi and internet access work; you can still use the built-in web browser.

The biggest difference is there isn’t a homescreen. Instead it will default to the library list of books, which I like better personally.

You can still read purchased Kobo ebooks and listen to audiobooks that you have downloaded if you switch over to Sideloaded Mode, but you can’t download purchased titles without signing back in.

There are other minor differences here and there, but Sideloaded Mode is surprisingly functional for not requiring a Kobo account. I cold see some people preferring it to the default setup.