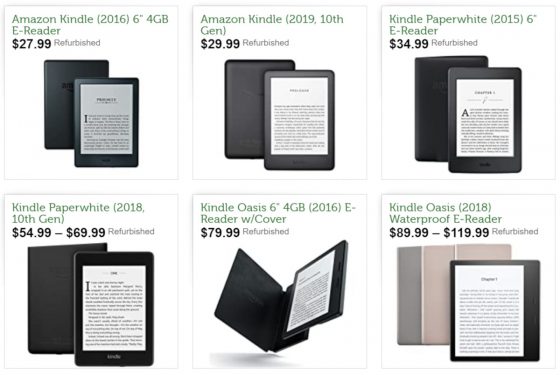 Woot is having another sale on refurbished Kindle ereaders and Fire tablets for their main Deal of the Day today, June 27th. The sale ends on July 1st or until they’re sold out.

They have six previous generation Kindles available, and prices start at $27.99 for the older entry-level Kindle without a frontlight. But the current entry-level model is only $2 more and it adds a frontlight.

However, stock is already listed as low for that model so it probably won’t last much longer. Amazon is selling that same Kindle for $39.99 refurbished as part of early Prime Day deals, but it’s the 8GB version, whereas the Woot sale is for the older 4GB model.

Woot also has the Kindle Paperwhite 3 available, and it has a better screen than the entry-level model. It’s priced at $34.99.