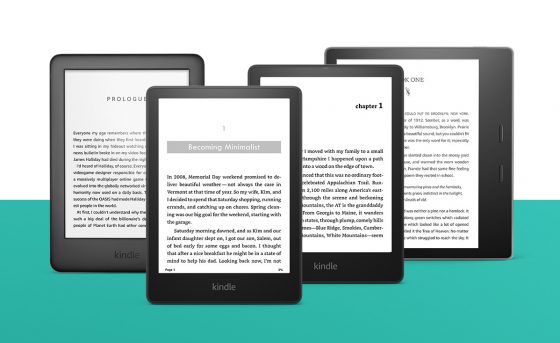 Prime Day is coming up in less than two weeks on July 12th and 13th so I wanted to post some predictions on what Prime Day Deals Amazon will offer on Kindle ereaders this year.

I did the same thing last year and most of my predictions were pretty close—the Paperwhite price was spot on—but they inexplicably priced the Kindle Oasis $10 higher than the year before so that threw things off a bit.

It’s hard to predict what kind of impact inflation will have on this year’s prices, but 2 of the 3 Kindle models Amazon sells are several years old now are due for a replacement, so now would be a good time for clearance sales.

One thing we do know from past Prime Day deals is that Prime Day is usually when Kindles are priced at their lowest for the year, along with Black Friday. Last year’s Black Friday deals were actually a bit lower than Amazon’s Prime Day deals, so that was an unexpected twist since it costs additional money to subscribe to Prime.

Hopefully this year Prime Day deals will be better than last year, which were more like typical Kindle sales, and they didn’t offer any ebook credits like they did in previous years.

Kindle ($49.99) – This model is over 3 years old now so they should price it lower than last year, and they put it on sale for $54.99 all the time so they have to at least beat that price for Prime Day.

Kindle Paperwhite 5 ($99.99) – Amazon had this model on sale for $104.99 for Black Friday last year and that was right after it was released. If they don’t price it at $99 for Prime Day then Prime Day doesn’t make sense anymore.

Kindle Paperwhite Signature Edition ($144.99) – This is a total guess. So far the lowest sale price has been $144.99, but that was back in February and Amazon hasn’t put it on sale since. They might not put it on sale at all like Black Friday.

Kindle Paperwhite Kids Edition ($109.99) – This will probably be the best deal of the lot since it’s just a regular Kindle with a free cover and an upgraded 2-year warranty, and no ads. So far the lowest price has been $114.99 for Black Friday last year, and it should be at least that low, maybe $5 less.

Kindle Oasis 3 ($174.99) – My guess is the price will be the same as it was for Black Friday. Last year the Prime Day price was $10 higher than normal so it’s hard to predict this one. Frankly I think they should sell it for $149.99 to clear out remaining inventory for a new model, but that’s probably being a bit optimistic.