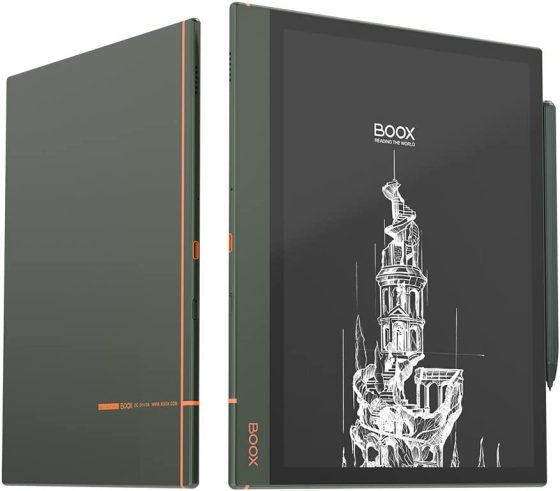 This past week Onyx demoed some of their Boox devices at IFA in Berlin.

It’s been years since I’ve posted a Charbax video showing off E Ink devices at a trade show; it used to happen a few times a year, but it’s been a couple of years since Onyx has had the opportunity to show off their devices in person, and they’re about the only ereader company outside of E Ink that does these type of things.

Interestingly, Onyx isn’t showing off any new devices this time. They usually introduce new devices this time of year, or a bit later. You’d think if they had something new getting released in the next few weeks it would have made an appearance at their IFA booth, but nothing new was revealed in this video.

If you’re familiar with Onyx’s ereaders and E Ink tablets there’s not really anything in the video that we haven’t seen before.

Even though nothing new was shown in the video, I would still bet that Onyx is going to release something new in the next couple of months. They tend to release more new models than any other ereader company by a wide margin, and so far this year they’ve only released three new models internationally, the Nova Air C, the Note Air2 Plus, and the Poke4 Lite. What are they working on next? It’s surprising they still haven’t released a 10.3-inch color device.