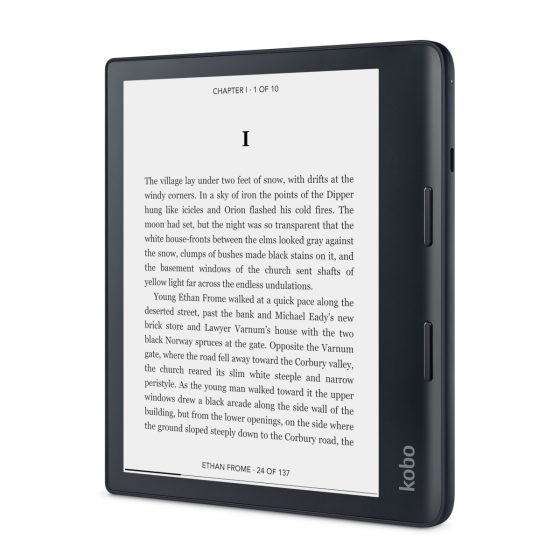 In a month where we’ll likely see just about every ereader on sale at some point, Walmart is kicking things off with a discount on the Kobo Sage.

Right now the Kobo Sage is listed at $229 on Walmart’s website. That’s $30 off the regular price of $259, which is what it’s selling for from everywhere else, including Kobo’s website. It’s not a huge discount by any means but that’s about as good as it gets when it comes to sales on Kobo’s ereaders, even during Black Friday.

The listing says it’s being shipped and sold by Walmart, not some third-party seller, as is the case sometimes, so returns will be easy if needed, and Walmart is Kobo’s official US retail partner.

The Kobo Sage is Kobo’s premium ereader that also supports writing with a stylus pen, but one is not included. Kobo’s stylus sells for $39.99, and other MPP styluses will work too.

The Kobo Sage has an 8-inch E Ink Carta 1200 display with 300 ppi, plus a frontlight with temperature control, and it has a flush front screen and page-turn buttons.

The device has 32GB of storage, a quad-core CPU, a USB-C port, a rotation sensor, there’s support for dual band WiFi and Bluetooth for audiobooks, and it’s also waterproof. It has DropBox support built-in as well for transferring files wirelessly.

The Sage was released in October of 2021 alongside the Kobo Libra 2, which is basically a less expensive, smaller version with an indented screen and no stylus support.